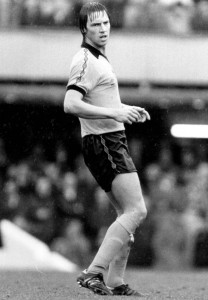 Martin Patching - on the mend.

Martin Patching and Scotland-based John Black are two of the former players to have indicated they intend being part of a day of pure Wolves nostalgia in early September.

The duo are on the guest list for the official reopening of the club’s long-time Castlecroft headquarters as a football venue.

For more than two decades, the stadium Wolves had used as a training base since the 1950s has been given over to rugby union.

But all that changed again last year and now a host of Molineux favourites are set to converge on September 5 to either play in or watch a commemorative game between AFC Wulfrunians and Wolves All Stars.

Patching had a second brain operation in June of last year but has made good progress since and is relishing the chance to catch up with old mates.

“Unfortunately, I’ve had to give up my football reporting work but I’m carrying on with my life and looking forward to this special day,” he said.

“Castlecroft was a place of work for many of us for quite a few years and holds very fond memories.

“It will be great to go back there to see it and meet up with players I haven’t seen for so long.”

Black is based in the north of Scotland but is determined to be present as well, having recently re-established contact with countryman Frank Munro thanks to Wolves Heroes.

Others who have indicated to Wolves All Stars player-manager Mel Eves that they intend to put in an appearance are Phil Parkes, Steve Daley, Bob Hazell, George Berry, Hugh Atkinson and Mick Matthews. 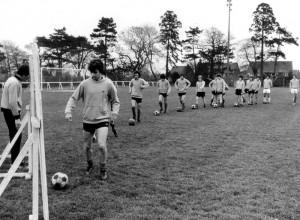 Castlecroft in the 1970s....distinctive for its floodlights, white railings and Wolves hopefuls.

The list is likely to lengthen considerably, though, because many others have yet to be invited as that job is due to be taken on shortly by the Wolves Former Players Association.

The day’s events are due to start at 1pm with a meal for official guests, the game then kicking off at 3pm.

The match is doubling up as a benefit for Geoff Palmer’s son Steve, who started his long career in non-League football with Old Wulfrunians. Another beneficiary is Compton Hospice.