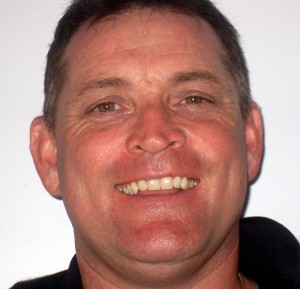 For me, it was the afternoon that my first article (Sidelines) appeared in the Wolves programme – and, poignantly, the visitors were my home town team, Wigan Athletic.

For Willie Raynes, the 2-2 draw was the first of a sequence of seven games in a gold shirt that comprised the sum total of the Sheffield-born winger’s career with the club.

One wonders how things might have turned out if he had succeeded in getting onto the books of his boyhood heroes, Sheffield Wednesday.

“My team was and still is Wednesday,” he says. “Hillsborough was the first ground Dad ever took me to and they had this little left winger called Willie Henderson who came from Glasgow Rangers. He was brilliant, turned defenders inside out. I also loved watching John Barnes at Liverpool.

“I represented Sheffield at every age level. I was only 12 when I joined Throstles, Sheffield United’s junior club. I was a ball boy at Bramall Lane, too, despite being a Wednesday supporter.”

It was down the road at Chesterfield that Willie started his professional career.

“It was brilliant. There were 16 apprentices from all over the country and we had so much fun under our coach Billy Dearden, the former Sheffield United striker, who was fantastic with us.

“My biggest influence, though, was my father, who taught me everything and would spend countless hours with me every week in Sheffield’s Graves Park.”

Raynes was always a winger. “I was a lightweight really and didn’t fancy all the physical stuff. But I was very quick and loved running at defenders.”

Chesterfield did not offer Willie a contract, so it was off to Heanor Town, whose manager Geoff Worth had previously worked at Derby County.

“It was a bit of a stop-gap really as I think I only played eight or nine games before Rotherham came in for me.

“George Kerr offered me a one-year contract and he was a great, uncompromising but very witty manager who loved the game. His assistant was Maurice Setters, another tough, no-nonsense character but with a heart of gold, who loved me but I never took liberties.

“They would play tricks on players and joke around but when it was time for business, they were very focused. Woe betides anyone not pulling their weight. I enjoyed my time there and made many friends.

“I had a month on loan at Stockport, which I didn’t enjoy. The manager was Eric Webster, who had previously been the groundsman. I fractured my coccyx playing on a frosted pitch against Burnley in the FA Cup, so that was it for me there.

“I returned to Rotherham, got myself fit again and, some time later, after playing against Luton and helping knock them out of the Cup, I went to Kenilworth Road on loan.

“At the time, Luton were in the old First Division. David Pleat was the manager and I took an immediate dislike to him.

“I worked hard in training but only managed to play reserve games as the team were flying and had lots of international players who were all really good with me.

“David Moss, in particular, was very helpful and always made himself available. He was a left winger and I spent time with him doing extra training and picking his brain.

“David Pleat said he was considering making on offer but nothing came of it. Anyway, I didn’t like living in the south.”

Soon after returning to Millmoor, Raynes found himself under a new manager, the redoubtable Norman ‘Bite Yer Legs’ Hunter.

“I never liked him as a player and I didn’t like him as a manager,” he reveals. “He never really talked to me and made life difficult.

“I felt that no matter how hard I worked, I wouldn’t get into the side. He stopped me in the corridor one day and said: ‘Do you want to go to Wolves?’ ‘How much?’ I asked. ‘I’ll give you a free’ he replied. I was out of there the next day.”

A few weeks earlier, Wolves had been hammered 6-0 in an FA Cup match at Rotherham. Willie was not playing that day – instead, they got the measure of the 5ft 8 in winger in a reserve game against Coventry.

“I travelled to Wolverhampton with my dad and met the manager Sammy Chapman and the club secretary Keith Pearson. After the meeting, Dad and I went for lunch to think things through and returned to the club to sign the contract.

“I thought it would be a new start. The club arranged for me to stay with the Hipkiss family in a lovely part of the town. I was happy at Molineux but the club were a shambles.

“Tommy Docherty was not long gone and they were really struggling for Third Division survival.

“Sammy had no real authority and players were taking liberties. The first-team coach was a huge man, not athletic at all. All he seemed to be interested in was telling jokes and trying to be everyone’s friend. The writing was on the wall early.

“I did like Sammy. He tried and was desperate to succeed but people were having a laugh at him, including his assistant.

“I made friends with most of the players but really had too good a time off the field while I was there, having too many late nights and starting to become lazy in training.

“Looking back, I didn’t do myself justice and, with weak leadership and club morale very low, training became a chore. There were more fights than is usual as players became frustrated. I then broke my ankle and that was it for me. I didn’t take part in the relegation battle.”

This interview coincided with Willie Raynes’ favourite club doing what Wolves did back in his time at Molineux; drop out of a division.

“It reminds me of my time at Wolves really,” he added. “Wednesday are such a big club with great support and tradition but are in total disarray.”

A couple of Vauxhall Conference clubs went in for Raynes when Wolves freed him but they didn’t interest him and he went home to Sheffield to regain fitness through the summer.

“I received an offer from Terry Hennessey (the former Derby and Forest centre-half) to go and play in Australia. With no-one else banging down the door, I agreed to go over for a look and train with them.

“I enjoyed it, signed a one-year contract and I’m still here. I guess I just fell in love with the lifestyle and climate. I came here in 1988, got married to Julia in 1997 and we have two girls.

“My parents would come out every year and I get back there every other year and stay in touch with old friends.

“I lost my dad last year on October 30, my birthday (Willie is now 45). I was holding his hand as he passed away after battling cancer for two years. I miss him so much. 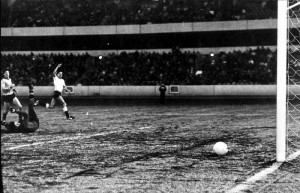 A floundering Tim Flowers is beaten by Bobby Davison in Derby's 4-0 win at Molineux in December, 1985 - one of Willie Raynes' seven Wolves first-team appearances.

“At 35, I went back to study and got a diploma in financial planning and now run my own financial advice business. I can’t watch football for long these days. I’ve grown tired of it. Golf is my game now.”

Before his seven games for Wolves, Willie Raynes had played 20 matches and scored two goals for Rotherham and had two games in that loan spell at Stockport.

In Australia, he played for Heidelberg in the National Soccer League (13 appearances, one goal) and then in the Victoria League with Werribee City Bees and Westvale.