Garvey: Giant-Killer Of Some Renown 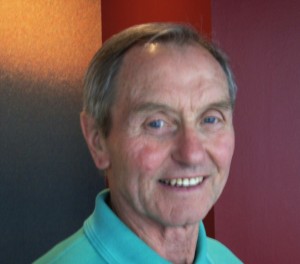 Brian Garvey - on a recent visit back to Wolverhampton.

Brian Garvey knew plenty about giant-killing, so he wouldn’t have been totally surprised when Wolves unexpectedly slayed Nottingham Forest in his presence at Wembley 30 years ago.

As a centre-half with Watford, he had been to the semi-final of the 1970 FA Cup and then played in the Colchester side who brought Leeds down in one of the competition’s most famous ever ties.

On top of that came the part Garvey played in helping Colchester win at Albion in the 1971 final of the short-lived Watney Cup.

“I suppose I featured in my fair share of giant-killings,” said the long-time Molineux coach.

“At Watford, we beat Liverpool in the quarter-final of the Cup at Vicarage Road and everyone still talks about Colchester’s win over Leeds with the team who were known as Granddad’s Army.

“They were memorable days and I had some highlights when I came to Wolves as well, notably when we won the League Cup in 1980.”

Garvey arrived at Molineux just too late to be part of the triumphant 1973-74 run to Wembley, being appointed as youth coach on the recommendation of Brian Owen, who had been promoted to work with the reserves.

By coincidence, Garvey had gone on as substitute for Owen, a winger, in Watford’s 5-1 mauling by eventual winners Chelsea in a mudbath of an FA Cup semi-final at White Hart Lane in 1970.

But he reveals that he didn’t previously know Bill McGarry and Sammy Chung, although the duo had worked together at Watford.

“I would have been playing for my home city club, Hull, when they were at Vicarage Road,” Garvey added.

“I totalled 500 games for my three clubs – Hull, Watford and Colchester – but was very grateful to Wolves for giving me my first break in coaching.

“I was in charge of the side who reached the final of the 1975-76 FA Youth Cup final against Albion and also took the club to a tournament in Switzerland which we won, with Colin Brazier as captain.

“I went up to run the reserves later in 1976 and worked a lot with players like George Berry, Bob Hazell, Martin Patching, Craig and Paul Moss, Mick Matthews, John Humphrey, Mick Hollifield, Bob Coy, Wayne Clarke and Colin. It was a great time.”

Around the same period, Garvey became better acquainted with Don Howe, who still lived in Wolverhampton while coaching Arsenal, and was tempted to Highbury by him in 1981 as the financial stormclouds gathered over Molineux.

But the move south as reserve coach didn’t work out and lasted only a year.

“I came back up to the West Midlands to live, then I went off to work in Melbourne,” he added.

“I spent three years at Heidelberg, then went to another Greek club called South Melbourne Hellas for another three seasons before being succeeded by Puskas.

“I also coached Adelaide Hellas before deciding it was time to get out of football. I took a security guards’ course and worked in that line in Adelaide before going back to Melbourne in 1995.

“I was in football until 1993 really, although the players were only part-time. And I only retired from my security job in 2005 – even then, the firm I was with asked me back for some casual work.

“I’m 73 now and remain resident in Australia, with a son in Sydney. I came back to England in 2005 to see if I could settle but I missed the lifestyle and cost of living Down Under. 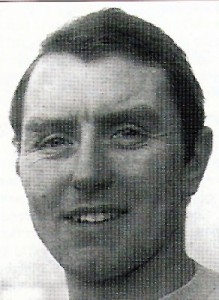 Garvey as portrayed shortly after his 1974 Molineux arrival.

“I still have brothers, sisters and other family in Hull and elsewhere in Yorkshire and get back to Wolverhampton to see friends when I’m here.

“I’ve recently seen Frank Munro and Gary Cutler and his family, and also Mick Matthews, who also had a visit a few months ago from Mick Hollifield when he was over.”

* Garvey was inducted in 2008-09 into Colchester United’s Hall of Fame, along with Ray Crawford, who scored twice in the famous 3-2 win over Leeds. Alas, the magic didn’t last and Dick Graham’s side were hammered 5-0 at Everton in the next round.