New DVD On The Way 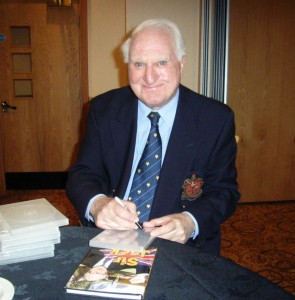 Sir Jack this afternoon.....on signing duty for the producers of a new dvd about him.

Sir Jack Hayward was back on parade at Molineux this afternoon – as the cameras started rolling for a forthcoming dvd about his life and times.

Wolves’ long-time former owner and chairman, having watched Saturday’s opening-day victory over Stoke, stayed in the city to be interviewed by the club’s official dvd partners ILC Media.

The publication is due on the shelves in the autumn and concentrates on his business and benevolence projects as well as his 16-year reign at Molineux.

From other walks of life, ILC have lined up representatives of the SS Great Britain project, the Gurkhas and the Vulcan To The Sky Trust.

“This is a wonderful story to be portraying and Sir Jack is clearly still held in the highest regard at Wolves,” said an ILC spokesperson.

“His deeds are legendary, not just in the football world, and we are setting out to show his unique character as well.

“He has obviously touched so many lives in a positive way.”

Sir Jack will also be at Wolves’ game at Everton on Saturday and maybe at the Carling Cup home clash with Southend next Tuesday. 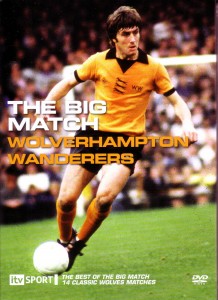 He is then due to sail to New York before resuming life behind his desk in the Bahamas.

“I am 87 and still working hard,” he said. “I’ve eased up a little but still have a home in Sussex to run.

“I wasn’t able to be at Wolves last season as much as I’d have liked but was delighted to be there to see them start with a win on Saturday.”