Knowles Knocking On Towards Landmark 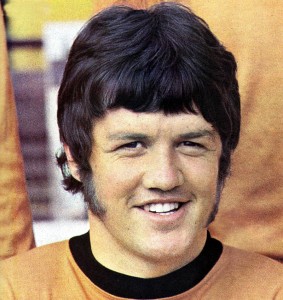 Peter Knowles pictured not long before his dramatic Molineux walk-out.

Hard though it is to believe – not least by looking at him now – Peter Knowles reaches pension age four weeks today.

It’s worth saying again. The man on whom a generation of Wolves fans doted turns 65 on September 30.

Wolves Heroes bumped into and spoke with Knowles as recently as Tuesday, his personal contentment as apparent as ever.

Always willing to chat football but ever reluctant to go on the record, he remains employed in the stores department of Marks & Spencer in Wolverhampton.

It’s difficult even to visualise him having flourished a bus pass these last five years or waded through the forms for his heating allowance but here is confirmation of the saying that time waits for no man. Not even Peter Knowles.

It’s 41 years this month since he played the last of his 191 League and Cup games for his only professional club, then departed the field at full-time with such haste that he was at the mouth of the tunnel virtually before the occupants of the home dug-out had climbed to their feet.

A few fans raced on the pitch in pursuit but his shock decision to quit the game for his religious beliefs was based on escaping the adulation, not cultivating it. He was done with hero worship by then and had little appetite for fond farewells.

For several years after he left behind a barely believing dressing room, Wolves clung optimistically to Knowles’ registration. Indeed, Bill McGarry, the man on whose watch the club lost a talent some compared with George Best, was convinced his sublimely gifted inside-forward would be back the following Monday.

There was, however, to be no return. Retirement, in the football sense, save for a testimonial and charity game here and there, was just that; total.

Knowles’ story remains one of the most astonishing the game knew in the 20th century, especially as he was close enough to Alf Ramsey’s England team to have been named for a squad get-together at Lilleshall – an invitation he subsequently spurned.

His head was already being turned by distractions outside the game and he grew to despise the arrogance he showed, even though he was no fan of the country’s World Cup winning manager.

By getting out, he believed he was saving himself from himself.

Wolves supporters will be pleased that Peter Knowles has found has found lasting personal happiness in his other life. 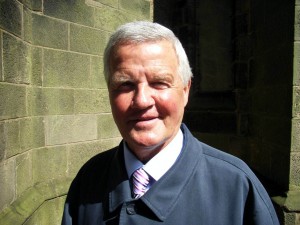 A contented man - and he has worn well! Knowles in his mid-60s.

But that reasoned overview will never, ever, stop them wondering what might have been.