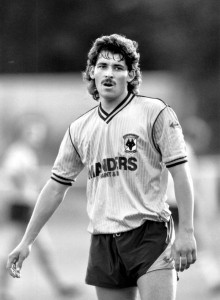 Wolves Heroes are speeding through the generations and making Andy Thompson the next subject in John Richards’ q & a series.

The popular former full-back has agreed to step in as our next interviewee, so we are once more looking for questions from readers to supplement those JR will draw up himself.

We have been very grateful to our friends at www.molineuxmix.co.uk for backing this venture and say thank-you to them again in anticipation that they will join forces with us as we make plans to meet up with Thommo.

Richards himself, this website’s co-owner, stepped in as the first interviewee early this year, then he visited the home of Bert Williams to add a 1940s and 1950s perspective several weeks later.

Instalment no 3 was one that was very much ‘close to home’ for the interviewer, with his long-time Molineux skipper Mike Bailey fielding questions.

“This is a site for different generations and we believe in maintaining a broad appeal,” John said.

“I had first-hand experience during my time on the board of the high regard fans held Thommo in.

“He was a very good player at Wolves for many years and played a big part in the club’s revival in the late 1980s and their consolidation back in the Second Division in the 1990s.

“A look in the Legends area of this site reminds us how many games he played and how high up the club appearance list he still stands. 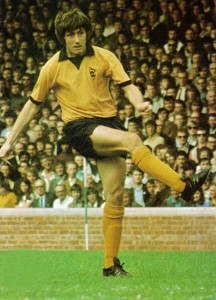 “I’m looking forward to chatting at length with him and trust supporters will have questions of their own to ask.”

* John Richards will be on the receiving end of a q & a when he appears at Himley Cricket Club a week on Thursday (September 23) at 7.30pm. The £5 admission price includes a fish and chip supper.

Proceeds go to Himley’s youth section and tickets are available from Steve Saul on 07971-012370.