No Regrets For Globe-Trotter Dale 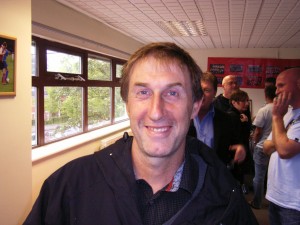 This interview had to be shelved in mid-summer when I turned up on spec at Dale Rudge’s school and learned he was on a day out at Wimbledon.

It was, by all accounts, an accurate indicator of his lifestyle. Two days later, he was off to the Pyrenees and has also taken groups of pupils on trips to St Lucia, the South of France, even Chile and Argentina.

Financial restraints rendered such experiences out of the question in his two years in Wolves’ first team but he insists he made the right choice in opting for his home-town club rather than being seduced by loftier callings.

“I had trials at Villa, Leeds and Manchester United and was offered a schoolboy deal at United and Villa,” he said.

“But my heart took me to Wolves and I never regretted it. I was born in my nan’s house in Claregate and brought up in Aldersley, a Wolves fan through and through.

“I was proud to play almost a dozen games the season we won promotion in 1982-83 and then play for the club in the top flight, even if that was obviously a very difficult year for us all.”

Rudge looks back with particular satisfaction on his first-team debut at Molineux, in a 4-0 pre-Christmas roasting of QPR.

Graham Hawkins retained him in his midfield for victories against Shrewsbury and Burnley over the holiday and gave him a six-game late-winter run in a side who were by then starting to tread water.

Promotion, however unlikely it seemed, was duly secured and Rudge played 20 times the following season as Wolves’ stay in the First Division proved a torrid affair.

The fact that those appearances included the long-awaited first win of 1983-84 – at Albion – pleased the local lad, who nevertheless found himself moved on the following summer.

“The club had no money but still gave me the chance to stay on a lot less,” he added.

“I went to Preston, though, for a couple of years under Alan Kelly, Brian Kidd and Tommy Booth, then had three years in Norway with a club called Djerv, who were managed by the former Southampton player Tony Knapp and won promotion while I was there.

“My wife became homesick, so I joined Hednesford for a few seasons and had a couple with Stourbridge, where I am now based.” 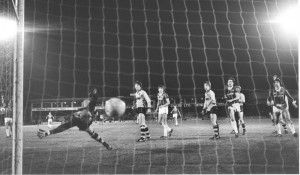 Rudge is a teacher four days a week at the private Oldswinford Hospital School, supplementing his PE department and boarding duties by heading up a six-strong team who put on programmes for disabled and socially excluded kids.

And he is doing his bit at the grassroots of the game. He runs Kidderminster Harriers’ youth team and has overseen the graduation of eight lads on to pro contracts and three more on to scholarships in the USA.