Another Charlton Who Found Fame 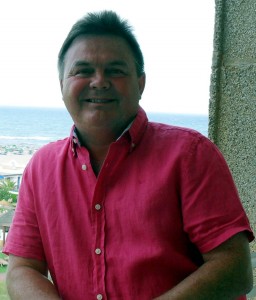 It didn’t happen for Kevin Charlton as a first-team player at Wolves but life was never dull after he moved on.

He played more than 50 games in a three-year stay at Bournemouth, won the Third Division title with Hereford and was a double FA Trophy winner at what he calls the best non-League club in the country, Telford.

And the former keeper still tells a good story……

“The nearest I got to a senior game for Wolves was when I was on the bench as a substitute in the Texaco Cup at Ipswich,” he said.

“Phil Parkes was in goal and I sat alongside Derek Dougan without getting on. Before that, I was supposed to have gone to Wembley to play in the five-a-sides when John Oldfield was injured.

“But I always seemed to be third choice. Rod Arnold was around as well, then Gary Pierce was signed, so I never forced my way past the Intermediate League and reserve sides.

“I am 5ft 9in, which is small for a keeper, and I think that was a hindrance, although Paul Cooper and Laurie Sivell at Ipswich were only 5ft 9in and 5ft 8in and keepers were nothing like as big then as they now are. I had muscly legs which meant I could still get up for the ball.”

Charlton played in the same school and county teams near Tamworth as Peter Eastoe and opted for Wolves as a 15-year-old in 1969, a year after the forward.

Coventry and Albion had also shown an interest without offering a contract but Leicester were thwarted by Wolves in their efforts to take things further with him. 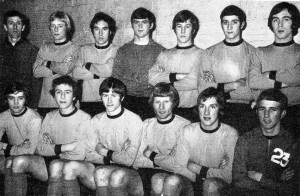 The young keeper among his Molineux contemporaries.

A boyhood Liverpool fan, with an admiration for their rotund keeper Tommy Lawrence, Charlton shared digs with Barry Powell and John Farrington, once incurring manager Bill McGarry’s wrath for staying out late in the Social Club next to Molineux on New Year’s Eve and hanging a ‘do not disturb’ sign on his door; not a good idea when he was playing for the reserves next day!

With opportunity refusing to knock at Wolves, the keeper headed south in 1974 to Bournemouth ‘for £3-4,000’ in search of first-team football.

“I had a couple of good years in the Third Division with them and was runner-up in the Hampshire Sports Personality of the Year awards,” he added.

“I had a presentation on the pitch at Dean Court before a game against Plymouth and we lost 7-3, with Paul Mariner putting four past me!

“I played 50 or 60 games for them, mainly with Trevor Hartley as the manager, then John Sillett took me to Hereford, with Terry Paine as his chief coach.

“We won promotion from the Third Division by taking a point at Walsall, then followed up by winning the title as well a week or two later.”

It was that success that brought Charlton into opposition to a relegated Wolves in 1976-77 – a painful personal experience he remembers only too well. “We lost six at Edgar Street and I recall the Wolves fans giving me some serious stick! I didn’t play in the return match.”

Bangor City, of the Northern Premier League, were the next port of call and he took a job as a rep selling books, maps and guides for a local wholesaler.

He and his wife Valerie, who is from Sedgley, set up home in Wayne Hennessey territory in Anglesey and have been there for 30 years, even when he was becoming a legend back in the Midlands at Telford.

The sight of Snowdon from their bedroom window seemed a good reason to commute for what was left of the keeper’s football career, even if it meant a journey of around 100 miles each way.

“Gordon Banks signed me and came to Chester to see the deal through,” Charlton added.

“I was there for ten years and went to Wembley three times in the FA Trophy and had a replay against Enfield at West Brom. 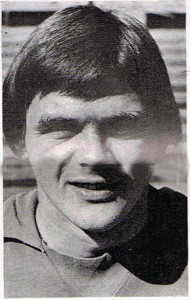 Charlton as his Wolves colleagues will remember him.

“I had been to Wembley when I was with Wolves – as a flag bearer at the 100th FA Cup final, between Leeds and Arsenal in 1972. All the previous winners were represented in a parade and I had the honour of carrying the Wolves flag, which was lovely. I still have it.”

Charlton also won three England semi-professional caps and played in the fifth round of the FA Cup at Everton, squeezing in another spell with Bangor before he quit.

But football life in North Wales was a poor second best after serving what he called the country’s top non-League club – one who inducted him into their Hall of Fame a couple of years ago.