Matches Not To Be Missed 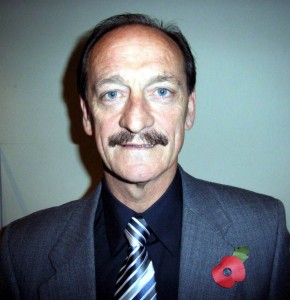 Wedding bells have been ringing for the offspring of two Molineux stalwarts of bygone decades.

John Richards and his wife Pam were among the guests when Kenny Hibbitt’s daughter Kelly tied the knot recently.

And John Holsgrove, a former colleague of the duo, saw one of his sons, Lee, marry several weeks ago.

The occasion prompted Holsgrove and his wife Jan to shelve a proposed visit to stay with Les Wilson in Vancouver.

Another Date For The Diary

Wolves All Stars return to action on Sunday, October 31, when they face a side from Shipley pub The Fox at Bridgnorth Town’s Innage Lane ground (2.30pm).

The game is in aid of the Birmingham Children’s Hospital, and match organiser Neil Taylor, whose daughter Kiahna has undergone major surgery for a hole in the heart, has set himself the ambitious target of raising £10,000.

Mel Eves is hoping for a strong turn-out of players for the latest in a long line of worthy causes the side have supported this year.

A Meeting Of Different Worlds

Last week’s passing of Norman Wisdom has prompted avid Wolves Heroes reader Steve Gordos to contact us about a connection between the comedian and Molineux. 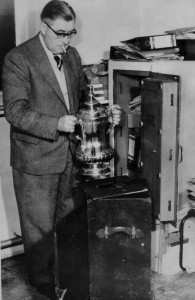 Jack Howley - had a meeting with a legend from the comedy world.

Steve recalled speaking to a member of the former Wolves secretary and general manager Jack Howley and heard how the entertainer once dropped in at the club.

“There was a lot of physical stuff in his act and he injured himself once on the stage at the Grand Theatre,” Steve told us. “So he went into Molineux for treatment from the physio George Palmer.

“Also, I believe the ill-fitting suits that were Norman’s trademark were made by the old Wolverhampton tailors Snapes. They reckoned it was as hard to make a suit that did not fit as to make one that fit perfectly!”