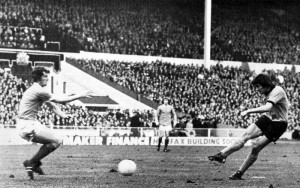 JR drives in the biggest of his 194 Wolves goals.

John Richards, the man who thrilled a generation of Wolves fans, is celebrating a landmark birthday.

The scorer of the club’s late winner in the 1974 League Cup final against Manchester City has turned 60 today.

Richards, the most prolific marksman in Molineux history for well over a decade until Steve Bull’s arrival, was only 23 when he drove home Alan Sunderland’s deflected pull-back from the right at Wembley 37 seasons ago.

His birthday means seven of Bill McGarry’s victorious starting side, including the late Derek Dougan, have reached the milestone.

It was ten years this summer that Richards – co-owner of Wolves Heroes – stood down as the club’s managing director following five and a half years on their board.

We have pleasure in sending him many happy returns, especially from readers who have contacted us asking that their best wishes be passed on to him.

“I know we aren’t so keen to count off birthdays as we get older but none of us can hold back time,” said John, who has celebrated with a family day. 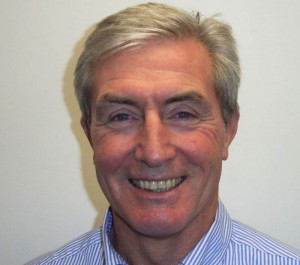 “I was one of the younger lads in that Wembley team and lucky enough to still be around when we won the League Cup again in 1980.

“Kenny is 60 as well in the first few days of the New Year and Gary Pearce a month or two after that, so there aren’t many young lads among us any more!”

The ‘baby’ of the Wolves players on view against City was substitute Barry Powell – a relative spring chicken at 56.