Gray Gee-Up Did The Derby Trick

Joe Jubilant – Even Before Kick-Off 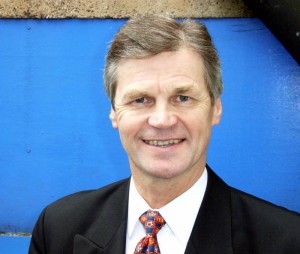 Joe Gallagher has preceded today’s West Midlands derby at Molineux by recalling a stirring dressing-room cry before a yesteryear clash between the two clubs.

The Liverpudlian centre-half had not long left Birmingham for Wolves when he found himself back at St Andrew’s for a meeting of two of the top-flight rivals in November, 1981.

And he remembers walking out on the field feeling ten feet tall after the final pre-match words sounded from within the visiting camp.

“What made the day even more special for me were the sentiments of Andy Gray five minutes before the kick-off,” Gallager said.

“The manager had said his bit and we were just about to go out to the tunnel when Andy shook his fists and yelled: ‘Come on, let’s go and do it for Joe.’

“He didn’t have to say that. It was a big enough day for me anyway because I was going back to the club where I’d had 11 very happy years.

“But for him to ask the lads to really get stuck into the game on my behalf – and in such a heartfelt way – was very kind of him. I’ve never forgotten it.”

Gallagher’s day was made complete by a 3-0 Wolves win built on goals by another former Blues man, Colin Brazier, John Richards and Gray himself.

Alas, it didn’t prove enough to spell survival six months later for a club at whom John Barnwell was replaced in mid-season by Ian Greaves.

But it was very much a swing in fortunes from one of the meetings of the sides Gallagher remembers from his days in royal blue.

“I recall winning with Blues at Molineux in the mid-1970s when we finished with only ten men,” he added.

“I think we had already made our substitution when Dennis Clarke was injured and had to go off. If I remember right, Lee Hendrie’s dad, Paul, went on and scored the only goal. 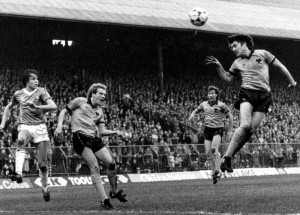 Gallagher, 55, played 335 games for Blues en route to earning his £350,000 move across the patch in August, 1981 but made only 34 appearances for Wolves before moving on to West Ham, his one Wanderers goal coming in another West Midlands derby – this time a Milk Cup defeat at Aston Villa.

“I have done a piece for local radio in the last few days and unashamedly sat on the fence by saying it will be a draw this Sunday,” he said.

“Birmingham have a magnificent defence at the moment but Mick McCarthy is experienced enough to know how to get his boys up for this one.”