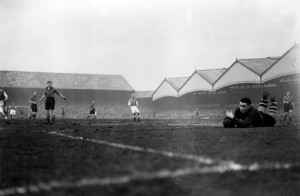 A Wolves v Arsenal game at a wintry Molineux in the 1930s - when Christmas Day games were the 'norm.'

Not for well over half a century have Wolves played a game on Christmas Day but a practice that would seem highly improbable now was once commonplace.

The first time the club played on that date was in 1901 when they lost 3-1 at Derby and then beat Everton at home the following day.

They faced the Rams in another festive fixture seven years later, by which time they had fulfilled arguably their unlikeliest December 25 game – a 1-0 Second Division victory at home to Gainsborough Trinity.

In 1909, Wolves won 1-0 at Albion in a derby preceded by two extraordinary results – an 8-1 hammering of Grimsby and a 6-0 drubbing at Manchester City.

Jack Addenbrooke’s Wanderers team played Christmas Day fixtures three times in four seasons up to the interruption to the sport caused by the First World War and the practice took a firm hold after the hostilities, with a 7-1 thrashing at Coventry in 1922 energing as an obvious lowlight.

Only twice in the next 13 years did the club not play on Christmas Day then, largely because of the 1939-45 war, they didn’t have another game on that date until winning at Sunderland in 1946.

A 4-0 home victory over Aston Villa in 1948 and a 3-3 draw away to the same opponents in 1951 are also in the record books, Bill Baxter scoring his only goal for the club in the latter contest.

But the 3-1 win for Everton away to the champions in 1954 was the last time Molineux staged a Christmas Day match. 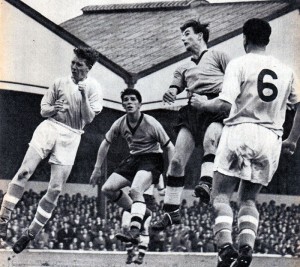 And Wolves’ final December 25 game anywhere came two years later when they were beaten 2-1 at Charlton, with Colin Booth as their scorer.

In 1955-56, Stan Cullis’s men spent the big day resting their limbs – and needed to. They drew 2-2 at Manchester City on Christmas Eve, battled out a 3-3 Molineux draw with Arsenal on Boxing Day and shared the spoils 2-2 at Highbury on the 27th!

Eight of Wolves’ players appeared in all three games.