Malcolm On His Roots 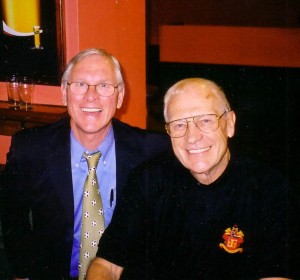 Malcolm Finlayson (right) with the man who deputised in goal for him at Anfield in 1963-64, Ray Crawford.

Malcolm Finlayson has responded to a query emailed to Wolves Heroes over Christmas by clearing up confusion over where he was born.

In the Legends area on this website, we had happily listed the heroic former Molineux keeper as being from Dumbarton, north of Glasgow.

A reader pointed out recently, though, that his birthplace was Alexandria – an approach that prompted us to ring the man himself and check.

“It’s true: I am from Alexandria but that’s only about three miles from Dumbarton,” Finlayson said.

“It’s as near as to make no difference – I suppose it’s like saying you’re from Wolverhampton if you were born in Sedgley.

“There was one occasion when I was passing through customs and someone looked at my passport and decided I was born in Egypt. As a proud Scot, I wasn’t too happy with that!”

Wolves’ visit to Liverpool on Wednesday brings back to Finlayson’s mind the unusual end to his long and successful career.

Having played more than 200 times for the club and helped them to two League Championships and an FA Cup triumph, he played only once in 1962-63 and once in 1963-64 – both of them at Anfield.

“It might seem surprising that I had never previously played there for Wolves or Millwall,” Finlayson added. “But Liverpool had been in the Second Division for about eight years before Bill Shankly took them up in 1962, so Wolves didn’t play them for a long spell.

“Although we lost heavily on both of my visits and I had to go off for a while in one of the matches after Roger Hunt trod on my hand, I liked playing there. 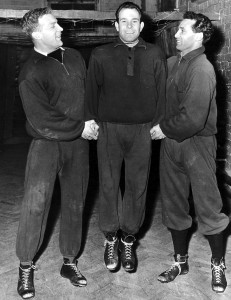 “Visiting keepers would be booed at many other grounds but Liverpool’s supporters were always appreciative and generous to me. They gave me a hell of a welcome.

“They obviously didn’t know I had once upset Bill Shankly at an FA dinner at Wembley. I told him I had seen him miss a penalty against my idol, Frank Swift, in a Scotland v England international when I was a boy.

“He informed me very quickly that I was mistaken and it was Matt Busby who had taken it!”