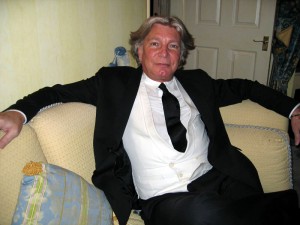 A Wolves youngster from the 1960s has been revealed as the missing link in Stephen Ward’s perfect night at Anfield on Wednesday.

The popular utility man returned to the ground at which he was sent off last season to score the winner against Liverpool and boost the club’s hopes of Premier League survival.

But his joy was even greater as his Dad was among the Wolves fans behind that goal. And that’s where Mike Lewis comes in.

Lewis was an apprentice among the McAlles and Farringtons at Molineux four and a half decades ago and is in turn the father of Ward’s partner, India.

“I live in Marbella these days but Stephen and India had a little boy, Jaxon, about four weeks ago, so I’ve been spending much more time back in the Midlands,” Mike said.

“Stephen’s parents have been over from Dublin as well this week and I took his Dad, Shaune, to the Liverpool game.

“We were joking at half-time that Stephen hadn’t scored in the first half because he wanted to wait and get the winner at our end. When he did just that – and managed what Torres and Gerrard couldn’t do – Shaune went white!

“It was lovely to be there with him on such a special night and made it all worthwhile after we had driven up the M6 through the fog.

“Stephen’s mum and India might well have been there as well but little Jaxon hadn’t been feeling 100 per cent so they stayed at home in Sutton.”

Wednesbury-born Lewis,  a winger or inside-forward whose father Jack served Albion and was a long-time captain of Crystal Palace either side of the Second World War, didn’t make it beyond Wolves’ youth team.

Mike went on to Shrewsbury, where he advanced as far as the reserves, then dropped into non-League with the likes of Dudley and Blakenall.

But he recalls living for around 12 months at his father’s house at Bentley, Walsall, with Les Wilson as a young lodger.

“My dad, who was a Wolves fan and died on Christmas Day a few years ago, had once been a team-mate of Alf Ramsey’s in a Pick of London team for a game against Belgium,” he added.

“When he and my mum split up, I lived mainly with Dad while I was at Wolves as it was much easier to get to Molineux from there than from her home on the other side of Birmingham.

“I remember Dad taking me to some big games at Molineux and making sure I saw Tom Finney play at Molineux, so it was a big thrill to have Bill Shorthouse and Joe Gardiner in charge of us for the two and a half years I was there.

“Les lived with us for a year or so and I recall playing in an FA Youth Cup game when we lost – I think it was to Arsenal – with ten men. 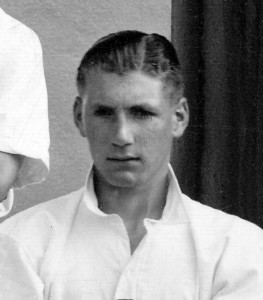 Jack Lewis as a Crystal Palace player in 1938.

“I’ve always had friends in football but, with India and Stephen getting together, it has reconnected me with Wolves.”

Lewis’s failure to make it big in football was followed by major success in business. He worked in fashion for more than 30 years and recently sold six shops, including two designer outlets in Birmingham’s prestigious Mailbox development.

* In another Merseyside connection, an extended interview with Bobby Gould is being played on Liverpool’s City Talk (105.9FM) tonight and being repeated at 8am tomorrow (Sunday).