How Wolves Copped It From Old Pal

Cup KO Thanks To John 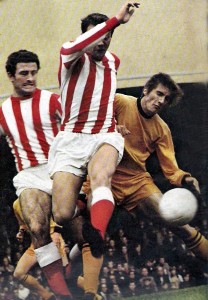 John Farrington assisting Wolves, rather than hurting them.

Following on from our Memory Match feature earlier this week, we have caught up again with the man who finally ended Wolves’ powerful mid-season surge of 39 years ago – none other than John Farrington.

The winger was still a well-known face around Molineux when he returned in the colours of Leicester for an FA Cup third-round tie on January 15, 1972.

And he proved to be a major thorn in the side of Bill McGarry’s men as he scored both the equaliser in the first game and one of the two goals by which Leicester won the replay 2-0.

Going into the tie, Wolves were unbeaten in 11 matches and had won four in a row, including one in the League at Filbert Street and the superb performance at Old Trafford that we have just highlighted.

But their runaway progress was slowed by the East Midlanders, in particular the north-easterner who had supported them as a boy and then played 38 first-team games for them.

“The goal at Molineux was a lucky header,” Farrington recalled. “We were one down when Alistair Brown crossed in open play and I got on the end of it.

“I didn’t make the best of connections but it flicked off me and went past Phil Parkes and in off the far post.

“I don’t know what Wolves did to deserve that because I didn’t score with many headers, although there was another one once for Leicester against Bristol City from the edge of the area.

“The replays came round much quicker in those days and, when Wolves went to Filbert Street, I scored one goal and made the other for Len Glover as we won 2-0.

“Mine was a volley that was pictured in the Express & Star. I had both my feet off the ground as I crashed it past Lofty. My mother-in-law lived in Wolverhampton and saved it for me out of the paper. I’ve still got it.

“I would rather my goals have come against anybody else than Wolves but you do the best for the club you’re at and I think it’s a nonsense now when I see players score against their old teams and not celebrate. You have to show your new fans how pleased you are.

“I recall there was some banter flying around in the games and Bernard Shaw had a right go at me, saying he was going to do this and that. You just laugh and carry on.

“We had had some tough battles over the years, mainly when he was in Sheffield United’s reserves, but he wasn’t a dirty player and I obviously stayed out of harm’s way!”

Mike Bailey wasn’t as lucky in the battle between West Midlands and East. He went off with a groin injury mid-way through the first half in the original game and wasn’t seen again in the senior side until going on as substitute in the UEFA Cup final four months later.

Leicester didn’t greatly profit from Farrington’s flurry either. They lost 2-0 at home to Leyton Orient in the next round.

“I think that was the only time I went back to Molineux and played,” he added. “Leicester were in the Second Division when I arrived there a few months after they had lost in the 1969 final to Manchester City. 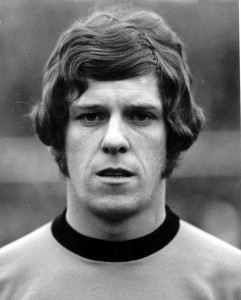 “I don’t recall ever playing for Wolves in the FA Cup but I always seemed to do well in it later. I scored home and away for Leicester against Arsenal one year and also scored one which Jack Taylor disallowed for offside.

“His family had a butcher’s shop just down the road from where I was in digs in the Dunstall Road area, so I knew him.

“As I ran back, I said: ‘I think you got that one wrong, Jack.’ His answer was to tell me to look in the paper the next day but the game was on TV and I was just on-side.”