A Return That Was Blighted By Misfortune 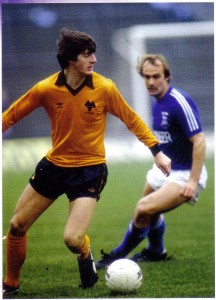 Memories of one of the shortest Molineux impacts of all time came flooding back when Wayne Clarke found himself guest of honour at another of his former clubs.

The striker turns 50 late this month and included two stints at Shrewsbury in a long career of almost 450 League appearances.

He was warmly welcomed on to the pitch at the Greenhous Meadow on Saturday on the day Graham Turner’s side beat Stevenage to climb into second place in League Two.

And his meeting with the manager rekindled thoughts of when he signed for him on loan at Wolves in 1991, only to be restricted to a mere 20 minutes by a rib injury and collapsed lung suffered on his second debut at Southend.

“I had a chat with Graham before the game and he told me how well Shrewsbury had played in scoring five at Lincoln last week,” Clarke said.

“Saturday wasn’t a good game unfortunately but the result was the right one and they are well placed.

“Frank and me had a meal and did some corporate work as well as going on the pitch at half-time to draw the raffle, so we had a lovely day.

“We both have happy memories from there and it would be great to see them climb the divisions again.”

Frank still lives in Shrewsbury, where he scored 89 goals in 218 matches to stand second only to the legendary Arthur Rowley in the club’s all-time marksmen list. 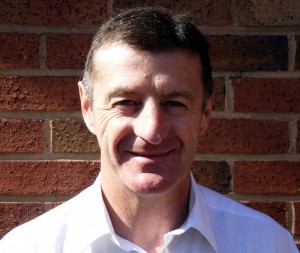 Until Christmas, 2009, he then worked for 28 years at a sports centre in nearby Wem, having also served QPR, Carlisle and Bobby Robson’s Ipswich during his playing career.

Wayne was a promotion winner at the Gay Meadow in 1994 under the management of another ex-Wolves man, Fred Davies, and contributed 29 goals in 76 games for the club.

He is due back at Shrewsbury in June when they hold a dinner as the highlight of their on-going 125th anniversary celebrations.