Success All The Way – From Spain To Oxley

A Winning Trip Abroad, Then An Ace At Home 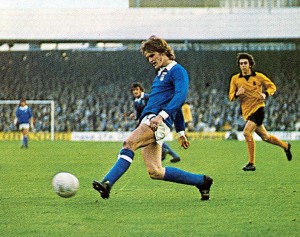 Palmer in pursuit of Trevor Whymark at Ipswich in 1973 in only his second League game.....

Geoff Palmer can point to a football trip to Spain and the first hole-in-one of his life as evidence that he is adapting nicely to retirement.

Having last year opted for the easier life following almost a quarter of a century in the police force, the veteran full-back is furthering his sporting interests with his spare time.

“I’ve got a Spanish friend who is a season ticket holder at Real Sociedad and I went over there for a few days recently and took in a match,” he said.

“They play in San Sebastian, which is in the north of the country – apparently 70km from Bilbao, where I went with Wolves for a pre-season tournament under John Barnwell in 1980.

“I stayed in the same hotel as the Osasuna side they were playing and I suppose my job was to be banging on the doors of the visiting players to stop them getting a good night’s sleep!

“But Real, who I watched train one day, won 1-0 anyway and Osasuna sacked their manager afterwards.”

Palmer, a frequent flyer during his 496-game Wolves career, has stayed much closer to him for other personal highlights in the opening weeks of 2011.

He accompanied Steve Daley to Molineux for the memorable Premier League victory over Manchester United and pulled a pitching wedge from his bag to put a one on his card at his home club, Oxley Park, as recently as yesterday. 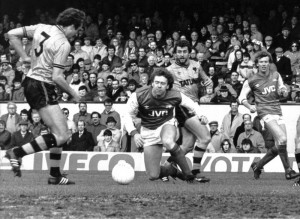 “It was at the 14th, which is about 115 yards long, and didn’t prove too expensive for me, although there were enough people around to cost me a few whiskies and red wines.”

Palmer has recently been put up for the vice-captaincy at Oxley.