Moyes, Not Crainie, Was Initial Target 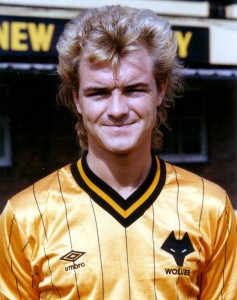 On the eve of the fixture in which he made his name south of the border, Danny Crainie has let on that there was an element of default about his move to Wolverhampton Wanderers.

Sammy Chapman, no stranger to the art of making a good signing, was the man who recommended his bosses to go for the Celtic winger almost three decades ago.

But Crainie, who turns 50 next year, has revealed that he wasn’t the reason why Molineux eyes initially turned to Scotland.

“Sammy was scouting for Wolves then and was up here to watch David Moyes playing in Celtic’s reserves against Aberdeen,” he said.

“But he went home raving to Graham Hawkins about me because I scored a couple of goals and had a decent game.

“David Hay, the manager, called me in on the Monday, said Wolves wanted me on loan and told me to see him again after training.

“I spoke to a guy called Jimmy Lumsden, who had played in England, and he insisted Wolves were a massive club who I should join because David obviously didn’t fancy me.”

As a teenager, Crainie helped Celtic win the Scottish League title and subsequently picked up under-21 honours.

But his Wolves career peaked with the two goals he scored in the derby at Albion that gave the club – as late as November 26 – their first League win of their depressing 1983-84 top-flight season.

He netted again in a 3-0 home victory over Everton at Christmas but only once more after that in a further 60-odd games.

Crainie still has a VHS video showing 30 minutes of action from his day in the Match of the Day spotlight at The Hawthorns.

But Albion v Wolves certainly isn’t the only derby on his mind this weekend. Celtic play Rangers tomorrow lunchtime and apparently that’s a bit of an occasion as well.

“I spent quite a few years playing in Australia after Molineux and got on very well with Mick Hollifield – by coincidence at a club called Wollongong Wolves,” Crainie added.

“We’re good buddies and he comes to see me when he’s over in the UK. He was taken to Molineux as an apprentice from the north-east and thought Middlesbrough v Sunderland was huge. 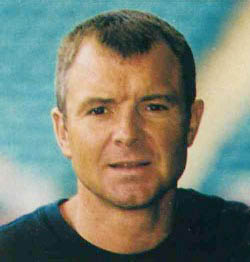 Crainie the coach at Parkhead.

“We’ve taken in a couple of Old Firm games together and I think he was impressed with the atmosphere!”

Crainie returned to Scotland in 1990 and served Airdrie, Kilmarnock and Ross as well as a couple of clubs across the Irish Sea.

He coached schoolboys part-time at Celtic for many years and, as a day job, works with youngsters with social and background problems.