Doc’s Orders Were A Bitter Pill

Coach On His Molineux Ups And Downs 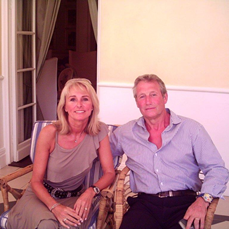 Contrary to popular opinion, it was not Graham Hawkins who brought Jim Barron back to Molineux in the early 1980s.

The two may be well remembered for working together successfully almost three decades ago and for unexpectedly taking Wolves straight back up to the top flight in 1982-83.

But Barron was already in situ at the club by the time Hawkins was recruited from the assistant boss’s role at Shrewsbury as the pick of the Derek Dougan-fronted Bhatti regime to succeed Ian Greaves.

“It was John Barnwell who first appointed me on to the coaching staff at Wolves,” Barron recalls.

“I had been player-coach under him at Peterborough following my spell playing in America with Connecticut and, when he left Molineux, I stayed on and worked under Ian Greaves.

“But I remember taking a training session at Cosford when Ian said to me: ‘I’ll be off. There’s no way The Doog will want me there.’

“It was just after the 1982 takeover and, apparently, the two hadn’t got on too well in the past, so, sure enough, there was another change and Graham Hawkins arrived.”

Barron, whose Molineux-launched playing career was spotlighted on this site in early January, tasted immediate promotion and relegation alongside his former Wolves team-mate.

And the duo’s initial success might have been much longer-lasting had it not been for the club’s infamous 1980s financial problems.

As top-flight status was restored, Stoke’s Paul Bracewell (later to brilliantly serve Everton, Sunderland and Fulham) headed a shopping list which is also thought to have included a certain Mick McCarthy.

But the reality of the post-promotion recruitment programme was somewhat different – then came another of the cruel twists for which the game is renowned.

“Paul Bracewell was definitely on the list and I would be surprised if Mick wasn’t as well,” Barron added.

“But it was around then that we started to discover that signing players was going to be difficult. I was on holiday when Graham rang me to say that The Doog had signed Tony Towner – a lovely lad but certainly not one we would have considered to be high-priority.

“The second season was a real struggle and ended with me in caretaker charge after Graham went. I thought I had a chance of getting the job and sorted out all the contracts, arranged the pre-season programme and organised some training, only for Tommy Docherty to be brought in by Roger Hipkiss.

“I had played for The Doc at Chelsea, as had one of the Wolves coaches, Frank Upton, so I thought we might all get on okay. We made a decent start in the Second Division and were in the middle of the table and still in the League Cup by the end of October.

All smiles with Tommy Docherty in 1984 - but the union didn't last.

“Then, this one day after I’d been chatting at the ground with Jimmy Mullen, Tommy came in and said he was finishing Frank and me.

“His son, Michael, needed a job, so he and Greg Fellows took our places. I took Wolves for wrongful dismissal and won my case, with Derek Dougan speaking on my behalf.

“It was a sad way to finish at the club and I know we wouldn’t have gone down that season to the Third Division if I had stayed there.”