Fleeting Fame In The Dogfight

Injury-Stricken Youngster Who Has Prospered Back Home 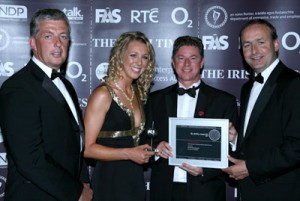 Anthony Kernan (one in from the right) in the spotlight.

Anthony Kernan’s introduction to Wolverhampton Wanderers was a paid-for trip to the 1980 League Cup final in the company of the club’s other schoolboys.

Alas, his first-team career in the West Midlands is a candidate for the ‘one-game wonder’ category – and that appearance came in a low-key 0-0 draw at Coventry 29 years ago this month amid a changing Molineux landscape.

The squad Parkin left behind spent three days ‘bonding’ at Lilleshall before taking on a Coventry side who had just beaten Manchester United and Arsenal. And a second Irish youngster, 17-year-old Steve Devine from Strabane, might have been involved had he not injured an ankle playing in a youth international a few days earlier.

Nevertheless, Kernan briefly put another golden legend in the shade by being preferred to John Richards at Highfield Road in place of flu victim Wayne Clarke, with Peter Daniel, Hugh Atkinson and Colin Brazier also ruled out.

“I was 18 and sort of played behind the front man, Andy Gray,” recalls Kernan, who is referred to in some Wolves record books as Tony but insists he was known in the dressing room as Anton.

“I had a decent game and was in the squad for a few more games, being named on the subs’ bench at West Ham and at home to Arsenal without going on.”

Greaves was quoted afterwards as saying of the new boy: “The older players made him pass the ball too much. I would love to have seen him take opponents on.”

Unfortunately, the promising introduction had little by way of a follow-up. Circumstances beyond anyone’s control saw to that.

“Football was going to be my life until my mid-30s and I played quite a few reserve games,” Kernan added.

“But, in the following pre-season, I was injured playing against a works team in a friendly and my knee came up like a balloon. That was basically the end.

“It was just a series of injuries after that. I had a pelvic operation, then a knee problem and one injury seemed to exacerbate the others.

“My last year at Molineux was a non-event because I was injured all the time.”

Kernan, whose one senior game came a few weeks before Wolves were relegated from the top flight in 1982, was part of a strong Irish contingent at the club, although only John Pender made any lasting impact there.

“I was a schoolboy and under-21 international for the Republic of Ireland,” he added. “John Pender was in the system, so were Graham Quinn and Frank Hayes, who were also at Wolves.

“I played with Jim Beglin in the Irish under-18s and Quinny played semi-pro football later and became a property developer round Dublin.

“The club also had David Beattie and Steve Devine. They were from Northern Ireland. John Jarman was very active over here and I remember six Irish schoolboys signing together.

“I went over to Wolverhampton a couple of years ago and saw the game against Doncaster. I stayed with the people I lived with for three years, George and Sheila in Wightwick, because we were very fond of each other and have stayed in touch.”

Around the time of his senior blooding, Kernan, now 47, played for Wolves in a losing FA Youth Cup semi-final cause against a Watford side containing John Barnes.

He was chuffed to be named as a player for the future in a Match Magazine article focusing on Willie Carr, Kenny Hibbitt and Peter Daniel but the acclaim that eventually came his way was in business rather than football.

“I spent several years trying to get fit and Jimmy Melia took me to Brighton on a week-to-week deal,” he added. “But I was always carrying some sort of injury and it led to a number of knee operations.

“I decided it wasn’t going to work out and I finished at 20. I didn’t play for five years, then went back and played some local football on Sundays but found I couldn’t walk until the Wednesday. 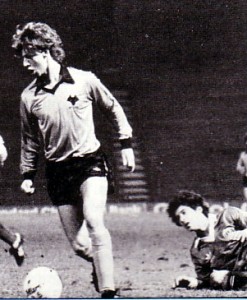 “I also spent a year with Finn Harps in semi-pro football but would spend Monday and Tuesday with ice packs.

“I now employ 150 people and have a number of retail units – two supermarkets, two convenience stores, two filling stations and two diners, all in County Donegal. Four of them are Spars. We’re in a village called Newtoncunningham – just north of Sligo, on the main road to Derry. It’s a family business and I am a third generation retailer but none of the other family members are involved now.

“We thought we were wealthy a few years ago but no-one is wealthy in Ireland any more! The country has basically had to be bailed out.”