Record-Breaker Said No – Then Yes!

Better Late Than Never For Trollope 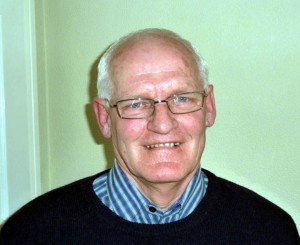 John Trollope finally made it to Wolves in 2005 and coached the likes of Sam Winnall, David Davis and Danny Batth at under-15 and under-16 level. But he could conceivably have arrived several decades earlier.

The man who made history by playing more League games for one club (770) than anyone else alive or dead has let on that he was sounded out about a move to Molineux at the peak of his phenomenal career.

And that’s by no means the extent of the links between the Swindon legend and the club he eventually joined for a couple of years as an academy coach near the end of Chris Evans’s time in charge.

“Things always seemed to happen with me and Wolves,” he said. “And I might have been able to join them at one point as a player.

“A scout turned up at my club house in Swindon one day and asked if I fancied going there.

“I can’t be sure when it was but I’d guess it was soon after we won the League Cup in 1969. It didn’t come to anything, though. I was born just outside Swindon, so was my wife, and I never wanted to play anywhere else.”

Trollope served the Robins for an unbelievable 37 years, making over 880 appearances for them, working at various times as youth coach, assistant manager and first-team manager and being awarded the MBE for his loyalty.

And those Wolves connections soon crept in because Bobby Woodruff and Ernie Hunt – goal-scoring forwards at Molineux for decent chunks of the 1960s – were among his early team-mates at the County Ground.

No matter that Trollope’s Swindon were never in the same division as Wolves until 1989 – paths just seemed to cross.

“Jim Barron lived in this village when he was playing alongside me and Bobby Woodruff was born here and still has at least one sister living here,” he added. 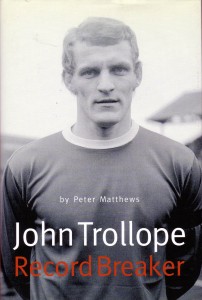 The front cover of the life story.

“Peter Eastoe came to us straight from Wolves and we even had a former coach from there called Gordon Eddlestone, who worked as an assistant to Les Allen.

“Then there was Glenn Hoddle, who I served under here in the 1990s and who was manager at Wolves when I arrived there.

“Bobby Gould is another…..he scored against us for Arsenal at Wembley when we beat them in the League Cup final and he was the one who gave our son Paul his international debut with Wales.”

Trollope, now 67, scored at home to Wolves in a League Cup second-round tie in 1975-76, John McAlle’s deflection past Gary Pierce from an Eastoe header creating a two-goal deficit for a side who hadn’t won in 20 away games.

The veteran left-back doesn’t remember that right-foot finish, nor Swindon’s 3-2 defeat in the replay in his only playing appearance at Molineux, where the Third Division side again struck through Eastoe and led for half an hour. But he can recall the extra yard Wolves went to as League Cup holders in the spring of 1974.

Although they had a testimonial game to play on May 7 for Watford stalwart Duncan Welbourne – a defender Bill McGarry had signed for the Hornets for only £1,300 – they agreed to squeeze in a trip to Wiltshire the previous evening when QPR had to pull out of a match to jointly honour Trollope and team-mate Roger Smart.

The fixture, like the one at Watford, seems to be rather under the radar as far as the Molineux history books are concerned but was won 7-2 by Wolves thanks to goals by Peter Withe (3), Alan Sunderland, Steve Daley, Kenny Hibbitt and Barry Powell. One of Swindon’s goals came from Eastoe. 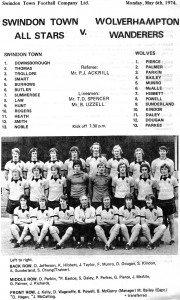 Line-ups at the County Ground in 1974 - a game Trollope missed through injury.

At Watford, where the newly-signed (from Vicarage Road) John Farley made the first goal for Withe and saw Derek Dougan net the second, weary Wolves were beaten 3-2.

Trollope also attended both games when Wolves and Swindon met in the semi-final of the 1979-80 League Cup at a time when his playing career was winding down and he was turning to coaching.