The Antics Of Budgie

Keeper’s Story Is Not To Be Missed 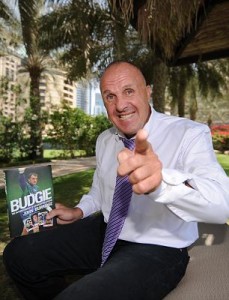 Through the Daily Mail’s excellent two-page spread on John Burridge last week,  we were reminded that Wolves were but a pleasant stop-off on his seemingly endless football travels.

In an article of more than 70 paragraphs, there were only two fleeting references to his time at Molineux – one in his list of clubs, the other concerning the game at home to Newcastle at which he wore a Superman outfit under his kit.

There was clearly so much else for reporter Michael Walker to relate from the interview he conducted in Dubai, not least the keeper’s lapse into depression at the end of his playing days and the subsequent lengthy stay in the Priory Clinic amid fears over his suicidal tendencies.

Wolves fans will probably forgive the brief mentions of events on their doorstep – after all, Burridge did serve more than 30 clubs in a unique career spanning more than 30 years.

Rest assured, though, the newly published autobiography ‘Budgie’ is rich in content for those of a gold and black persuasion.

A nine-page chapter is devoted to his two years at Molineux and it makes hugely entertaining reading. “I did some of the craziest things of my life at that club,” he writes.

Publishers John Blake wouldn’t thank us for detailing his antics one after the other but his description of how he almost electrocuted himself while swinging from a bar in the dressing room is priceless.

He then took £100 off Kevin Keegan in a bet over the Superman outfit on the day he was presented with his Player of the Year trophy at Molineux in 1983 and was up to his pranks on the squad holiday to Majorca that followed.

“I may not have been joining in the big rounds of drinks but I brought the house down when all the lads were standing at the bar in a club and I walked past them on my hands in just my underpants,” he adds. 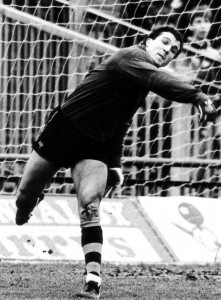 Budgie in control at Molineux.

A couple of apparent omissions by the man who now works as a TV pundit and newspaper columnist in Oman and Singapore: There’s no mention (in the Wolves chapter at least) of how he took to working on a building site in the summer to keep in touch with the working-class man and maybe modesty ensured he didn’t tell of the night he saved two penalties by Gary Bannister in a 1-0 home win at Molineux over Jack Charlton’s Sheffield Wednesday.