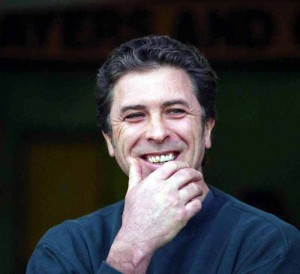 Debuts always seem to have come quite easy for Colin Lee.

As a youngster, he scored in his first game for his home-town club Torquay and stepped spectacularly into the manager’s chair at Wolves more than two decades later by announcing his arrival with a 6-1 victory at Bristol City.

In between, though, came a ‘blooding’ that was even more dramatic – thanks to the four goals he hit against Bristol Rovers in his first match as a Tottenham player.

“I was actually carrying a bit of an injury but Spurs had a few forwards out already, so they strapped me up and I just got on with it,” he said.

“It was beyond my wildest dreams to score four, although Spurs were in the Second Division at the time and were too strong for it really.

“Everything went right and my strike partner, Ian Moores, who, sadly died very young, got three of the other goals.”

Obviously delighted with the immediate impact he had made in a side who won 9-0, Lee boarded the train home to the West Country with the match ball proudly held under his arm.

As a former youngster at Bristol City, where a broken leg interrupted his progress, he probably wasn’t a welcome sight to the Rovers fans aboard the same train.

“The press tried to make it out that I was in some sort of danger but it wasn’t like that,” he added. “The Rovers supporters were fine; a bit shell-shocked but fine.” 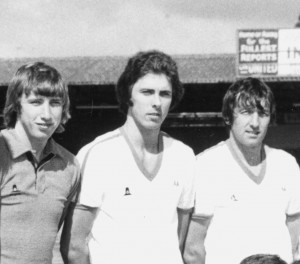 With Torquay, Spurs, Chelsea, Brentford and Hereford, Lee went on to total well over 300 Football League appearances and score 69 goals – a decent haul considering he often played in his later years as a defender.

Dave Merrington, who, as chief scout, would be reunited with him at Wolves, was one of his coaches at Bristol City but it wasn’t a formality that he would sign on at Ashton Gate at all.

Like his father and grandfather, he was a fine rugby player, representing Devon at schoolboy level. Football did eventually win the day, although he continued with his studies by going to college in Bristol and kept in mind the alternatives of becoming a chef or joining the Navy.

Unused at senior level by the Robins, he joined Torquay on a month’s loan and impressed manager Frank O’Farrell so much that he was signed permanently after ten days.

In response to his excellent form at Plainmoor – he scored 14 goals in 35 appearances while there – the scouts flocked to Torbay and Lee joined Tottenham in October, 1977, for £60,000.

“I remember getting off the train at Paddington and Bill Nicholson meeting me and taking me to the ground in his Jag,” he recalled.

In his own time as a manager, Lee gave a debut to a young David James at Watford and, having succeeded his long-time boss Mark McGhee in the hot seat at Molineux, oversaw a stunning slaughter of Bristol City, no less, in his first game, the previously barren David Connolly hitting four. 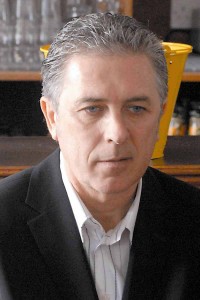 Twice, in a period of relative austerity, he took Wolves agonisingly close to the play-offs before being sacked in December, 2000, and continuing a career in the dug-out that has taken him to Torquay twice, Walsall and Millwall.

Now 54 and having dabbled successfully enough in the property market to have at one time owned the Hanch Hall stately home near Lichfield, he still hopes to return to the game, having broadened his experience with a stint as chief executive back with Torquay.

* The assistance of Mark Leesdad and the Sunday Independent with the posting of this article is much appreciated.