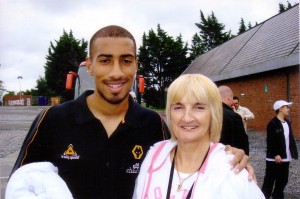 Karl Henry is set for elevation into Wolves Heroes’ Legends section – but not until early next season.

The Molineux skipper is within a handful of appearances of becoming only the 77th man in history to play 200 League and cup games for the club.

His current tally is 192 and he will move on to 198 if he plays every Premier League game between now and the end of the season.

Assuming Henry reaches the landmark, he will be only the second player to do so since this website was launched in August, 2008.

Jody Craddock brought up his personal 200 during the 2009-10 season and is now level with Keith Downing in Wolves’ all-time record appearance makers’ list on 228.

Wolverhampton-born Henry, a bargain buy from Stoke in the early weeks of the Mick McCarthy era at Molineux, will hope the reaching of his double century – hopefully in a Premier League game in August – has a similar outcome to when he brought up his first ‘ton.’ 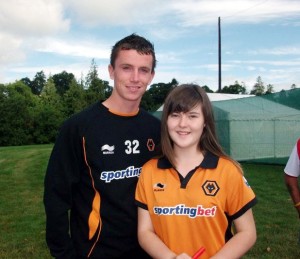 That milestone was raised in a 2-0 home victory against Burnley on November 8, 2008.

And the 350th first-team game of the 28-year-old’s career is not too far away. He has totalled 337 for his three clubs, including 136 for Stoke.

Behind Henry, the only members of Wolves’ current first-team squad who have topped 150 matches for the club are Kevin Foley (157) and Stephen Ward (151).