All Stars Manager Bowing Out 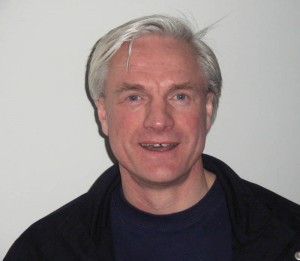 Mel Eves’ Wolves debut in 1977 was a 0-0 home draw with Ipswich and his last game for the club was a goalless stalemate at Watford in May, 1984.

It is not a score he has known, though, in around 20 years with the side now known as Wolves All Stars.

The 54-year-old stands down next month as the club’s player-manager – a role he has filled since 1997 – and can reflect on a task very well done.

“I can only remember missing a handful of games and we have probably played ten or 12 matches a year,” he said.

“You can start to work out from that how many I have appeared in and I’m glad to have played my part.

“Unlike the start and end of my professional career at Molineux, I don’t think there has ever been a 0-0 draw – we’ve always guaranteed goals wherever we’ve played!”

Matches played by the side have also raised more than £250,000 for charity in the 14 years Wednesbury-born Eves has been at the helm, so it’s easy to see there will be some losers if a replacement is not found and fixtures cease.

Player unavailability is a big problem, so much so that the forward was the only former first-team Wolves player on view in the last match.

Football is a different game to the one Eves played for a living. Virtually all of the successful early and mid-1970s Molineux squad remained resident in the West Midlands at the end of their careers and in most cases also served the old boys side well.

There have also been loyal devotees from the Sherpa Van era but now the likes of Steve Bull, Andy Thompson, Keith Downing and Robbie Dennison can no longer turn out, a void has appeared.

Think of the 1990s and 2000s Wolves and you largely think of big-money signings passing through; players who came and went without putting any firm roots down in the area……Curle, Shirtliff, Sedgley, Muscat, Ince, Irwin, Rae, Cameron, Ndah. The list is lengthy. 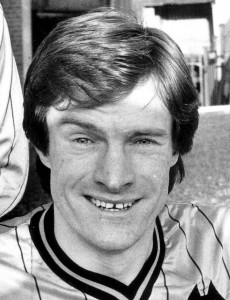 Hasn't changed much, has he!

Locally-born or bred players like Robbie Keane, Carl Robinson and Lee Naylor are still playing while many other decent lads from the prolific Chris Evans years have moved away and will have settled there.

“There have been some real stalwarts around the All Stars team,” Eves added. “Mark Duncombe never played in the senior side after appearing the 1976 FA Youth Cup final but I doubt whether anyone has played more charity games for us than he has.

“Phil Nicholls and Bobby Thomson were terrific in running the operation prior to me and, before that, Fred Kemp was in charge. A lot of people have given a lot of time to it.

“I really hope the side carry on but I understand Albion and Blues have similar problems with fielding teams. Villa do much better but they are in a very different situation as I understand the main club back them financially and the players receive good expenses to play.

“We have had to bring in outsiders like Chris Marsh, John Williams, Ian Atkins and Ian Clarkson to make up the numbers – hence the All Stars part of our name.

“It has been difficult and it says a lot about Wolves’ good name that teams still want to play us.” 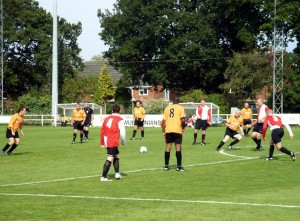 The All Stars in action at Castlecroft last September.

The All Stars take on Phoenix Youth FC Managers & Coaches on Sunday, May 15, at Cradley Town FC, Beeches View Avenue, Cradley, B63 2HB, with proceeds divided equally between Phoenix Youth and Help For Heroes.

In Eves’ last game in charge, they then face Walsall All Stars at the Banks’s Stadium at Bescot (7.30pm kick-off) on Thursday, May 19, when all proceeds go to SANDS (The Stillbirth and Neonatal Death Charity).