Pierce A Star On The Tyne 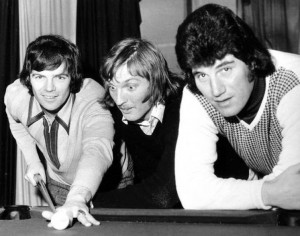 Gary Pierce, pictured centre in between Frank Munro and Phil Parkes, brought something special to the table almost 40 years ago.

But another team in stripes played a big part in his career at two clubs.

It will be remembered by certain Wanderers fans that his debut after moving to Molineux in June, 1973, was in a First Division game at Newcastle some three months later.

But what they probably won’t know is that his first appearance as a Huddersfield player several years earlier was at the same venue. And he was man of the match each time.

Pierce, who has recently turned 60, produced what the Express & Star termed ‘a five-star performance’ when thrown in for the first time by Bill McGarry in the September of Wolves’ first League Cup-winning campaign.

Introduced as the manager called time on Phil Parkes’ club-record run of 175 consecutive senior appearances, the £40,000 buy played brilliantly for 85 goal-less minutes at St James’s Park, only to then be beaten by an Irving Nattrass blockbuster that was deflected in by John McAlle and a clinching header by Pat Howard.

It was the side’s fifth successive defeat and enough to drop them into the bottom three, although they were well out of danger by the time the Bury-born keeper achieved legendary status with his Wembley heroics the following spring.

And the as-then little-known Pierce had certainly taken the plaudits when his first Huddersfield outing took him to Newcastle for a top-flight game in 1971-72. 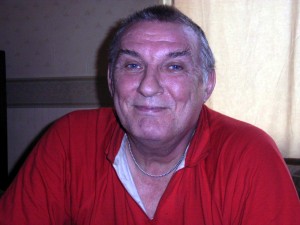 Gary at home at Bury in the late 'noughties.'

An injury to regular keeper David Lawson let in the £2,000 capture from non-League Mossley – an opportunity he grasped with both hands.

“Young Pierce led from the front (or should that be the back?), making the type of debut that even today will stand out in his mind. In one word: Superb.”