Molineux Family Rush To The Cause 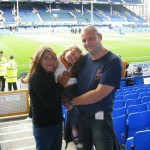 Steve and family at Goodison Park.

Former Wolves players are rallying in support of a Molineux season ticket holder who was badly injured in a road accident.

RAF serviceman Steve fractured his spine and sternum and was left with a crushed chest following a motor cycle crash last month.

He will remain in Bristol Frenchay Hospital’s intensive care unit for the foreseeable future and his family have been notified that he is unlikely to walk again. He was due to leave the RAF in September after 12 years’ service.

In addition, his wife Mari, who is also a Molineux season ticket holder, is heavily pregnant.

JJB Teamwear have donated all the playing kits for the July 23 match, which will be followed by a social function including an auction, raffle and entertainment.

All funds generated from the day will be donated to the family and their designated charity, the Great Western Air Ambulance Service, who attended to Steve after his accident.

The match kicks off at 2pm but the programme of events, which also includes bouncy castles, face painting, a barbeque, a beer tent and an appearance by Wolfie, starts at midday and runs until late.

Among the Wolves memorabilia items are the boots Steven Fletcher wore when scoring twice in the vital Premier League victory over Albion this spring. 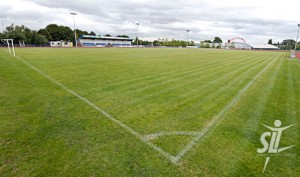 Thomas Publications, a sister company to Wolves Heroes, are donating a number of books about the club for the raffle.

A collection is also planned at the friendly being played by the Wolves development squad at Shrewsbury the previous night.

Further details are available from http://stevegreenfundraisers.co.uk