Hatton On Why He Left Wolves 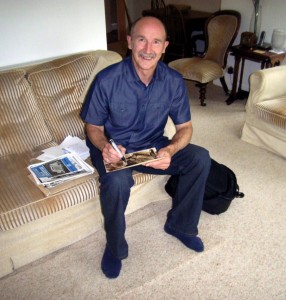 We thought we’d had the best memories of Bob Hatton the Wolves forward when we visited him soon after our launch in 2008 and pulled out a story we were delighted with.

We were back with him yesterday, though, and secured some more quality Molineux recollections on a day when we were primarily working on an extended feature about him for issue 18 of the Backpass retro magazine.

Hatton went to the same Humberside school, in the same year, as Gerry Taylor, then they both had jobs in civvy street before progressing through the famous Wath Wanderers nursery and heading together to Wolves. They even shared digs.

But, while the full-back stayed at the club for a decade and played 192 first-team games, his big pal was soon gone despite scoring eight goals in only 13 senior appearances. Why?

“The Wolves connection started when we had a knock on the door from a headmaster called Jack Simons, who was a scout for the club in the north and basically Mark Crook’s assistant at Wath,” Hatton said.

“I had been playing as an amateur for Hull, my home-city club, and working at Jackson’s Bakery, which meant I never went short of cream cakes!

“Gerry had been an apprentice marine engineer on the fish dock and we were thrilled to be put up on Friday nights by these lovely hand-picked landladies before we played for Wath the following day.

“Then we came down to Wolves at the same time to sign contracts and play in the reserves. I remember discovering what the word jealousy meant when Gerry came in one day to say his cheerios and announce that he was off to the first-team dressing room, leaving me behind!

“I was a pain in the backside to Ronnie Allen. Every time I scored on a Saturday in the reserves, I’d knock on his door because I was so impatient to play in the first team.

“Eventually, he started saying when I entered his office: ‘Hello, Robert, I was expecting you.’ Then I’d see on the big chart behind him that I’d only been given a C+ by (the coach) Jack Screen when I thought I deserved at least an A-.

“Ronnie told me I was doing all right, I was still young and was in his plans for the next three or four years. But I had ants in my pants and wanted to get in among Ray Crawford, Hugh McIlmoyle and Peter Knowles in the first team straightaway.

“I think he got sick of me. I did score a few in our 1966-67 promotion season when I got in, including one on my debut (against Mansfield in the League Cup) and one on my League debut (at home to Portsmouth).

“But he sold Hugh McIlmoyle, who was the top man in the dressing room and the one who finished any arguments because we all listened when he spoke. Hugh went to Bristol City, I was sold to Bolton and, with the money that came in, Ronnie bought Derek Dougan. So, if nothing else, Wolves fans can thank me for helping their club sign The Doog!”

Hatton, then still 19, had scored two of his senior Wolves goals at home to Bolton – a pointer to why he headed to Burnden Park in 1967 for the first of his eight transfers. 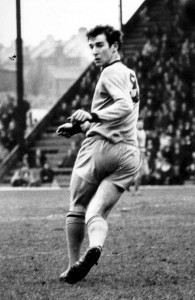 Hatton on his goal-scoring appearance for Wolves at Charlton in February, 1967.

He gently pulled Steve Bull’s leg in more recent years when meeting him at Molineux and telling him that he had the better goals-per-games ratio for the club of the two.

And he has something else to be grateful to Wolverhampton for. It was there that he met his wife Chris, a former school teacher who still spends considerable time in the city as her 98-year-old father lives in Bradmore.