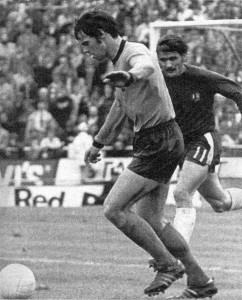 Frank Munro in control for Wolves at Stamford Bridge.

One stint with Chelsea in the early 1960s might not have been the end of it for Frank Munro. Distinctly under the radar, he was in with a chance of a return visit to Stamford Bridge a decade and a half or so later.

Having spent time in West London as a junior and amateur at the very start of his career, he found opportunity knocking there once more following his 372-game stay at Wolves.

“I was asked back there in 1976 or 1977 to play in Ian Hutchinson’s testimonial and found out later that the manager Ken Shellito had seen my appearance as a bit of a trial game,” he recalled.

“But I didn’t think my knee was up to a full English season, so I wasn’t very interested. I joined Celtic for a year, then also had an offer from Australia which I took.

“The ex-Wolves keeper Dave MacLaren was manager of Melbourne Hellas and virtually invited me out for eight weeks’ holiday, with matches thrown in.

“I loved it and rang home after a fortnight to tell my wife to put our house in Compton up for sale and make plans to join me.”

Munro remained Down Under for around a decade, the country providing happy memories these days now he is resident in a care home in Wednesfield following a serious stroke.

The stories flow whenever he is visited by football friends and he didn’t disappoint on our latest trip to see him, in the company of Express & Star columnist John Lalley.

“Bill McGarry wanted me to finish at 24 because of the state of my knee,” he added. “I went one full season at Wolves virtually without training.

“I used to just work with the physios and there was one day when the lads were running up and down the hills on Cannock Chase and the gaffer told me instead to walk back towards Molineux from there and the coach would stop for me when they saw me.

“But five minutes later a blonde stopped for me and gave me a lift to Wolverhampton!

“The other English club I spoke to late in my career was Stoke.  They were managed by Tony Waddington and took George Berry and Derek Parkin a couple of years later but signed Mike Doyle soon after I’d had talks there.”

The 63-year-old has no regrets about his time in Australia, where he had also toured with Wolves in 1972, but he has surprisingly few fond recollections of his Celtic season in 1977-78. 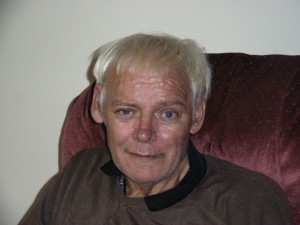 “I didn’t know any of their players when I arrived but, five minutes before kick-off on my debut, I was thrown the ball and told I was captain,” he said.

“We lost at home to St Mirren and I was even credited with an own goal after a shot deflected off my studs and beat the former Albion keeper, Peter Latchford.

“I think we went something like 20 games unbeaten after that but I soon asked if I could train in Dundee, where I’m from, and they agreed.”