Freed Jeff A Success On His Travels 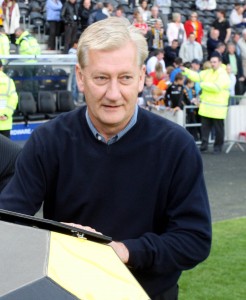 Jeff Wealands back on duty on Humberside two years ago. Picture courtesy of Hull City FC.

Bob Wilson would presumably top the list of goalkeepers Wolves have allowed to escape their clutches.

Paul Jones, for what he did elsewhere between two barely satisfactory Molineux spells, would be another whose talents they didn’t make best use of. And space would also have to be found fairly high for Jeff Wealands.

This largely forgotten Wath Wanderer was released from Molineux without playing a first-team game but went on to appear in well over 250 matches for Hull, win promotion with Birmingham and even persuade Ron Atkinson to take him to Manchester United.

Not a great decision, then, when Bill McGarry showed him the door in 1970….

“I wasn’t best pleased when I was let go as a youngster,” Wealands says, more than 40 years on.

“I think McGarry only saw me play once and that was just after I’d come back from a bad injury. I suffered a compound fracture of the collar bone when I went over an opponent in a game and landed heavily. It bloody hurt!

“It wasn’t that long since Ronnie Allen had told me I might soon be in the first team if I kept doing okay.

“Phil Parkes wasn’t having a great time in the side but Ronnie eventually went out and bought Alan Boswell, so that door closed for me.”

John Oldfield would also subsequently be recruited, by McGarry, prompting the still-teenage Wealands to head back to his native Durham and start to build a League career at Darlington. 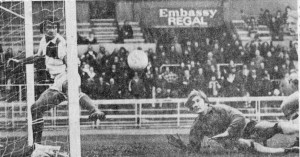 It was as a Hull keeper that he became best known, his seven-year stay on Humberside twice bringing him into opposition to Wolves during the 1976-77 Second Division title-winning campaign at Molineux.

But there was more mileage in him yet. He joined Birmingham in 1979 and emerged as their Player of the Year by keeping 16 clean sheets in their immediate promotion back to the top flight.

No less a figure than Tony Coton lived in his shadow for a while and David Seaman was in the opposite goal the day Wealands returned to St Andrew’s with Altrincham in 1985-86 and helped secure the non-Leaguers’ famous 2-1 FA Cup third-round victory over a Birmingham side also containing Julian Dicks and Brian Roberts.

The fact home manager Ron Saunders had seriously marginalised the by-now-experienced keeper at Blues added to the sweetness of the victory, his new club also taking him to Wembley that season and a winning climax to a thrilling FA Trophy run.

And Altrincham fans would see much more of him the other side of a spell with Barrow as he returned for a much longer stint that was also the prelude to time on the board at Moss Lane. 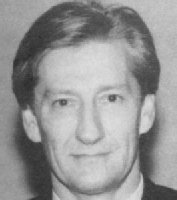 Wealands followed Alex Stepney as a former Manchester United spending his twilight years at Altrincham but his own time at Old Trafford was considerably more modest, with only a handful of first-team games during the Gary Bailey era to his name.

Twice he came out of retirement to help Altrincham but, at 42, finally called it a day to work in insurance and then run a property development company.

It was in a different field that he made what we assume is his small fortune. In 1994, he set up an energy consultancy business – one that had 40 employees and several big-name clients when he sold it five years ago.

“I didn’t want to keep working my socks off and then drop dead from a heart attack at 65,” Wealands added.

“I actually retired in 2008 and am comfortable enough not to have to work, although I still do up the odd house just for something to keep me active.

“We live in Wilmslow, Cheshire, where we moved when I joined United, and I’m told I’ve lost my Durham accent. My dialect is much more of an amalgam now, with bits of Lancashire and Yorkshire thrown in – probably a bit of West Midlands as well.

“I was pals at Wolves with two lads called Gerry Farrell and Ian McDonald, also with Paul Walker, who played a few dozen first-team games for them.

“I look back on my time there with some disappointment that I didn’t make it. But they were a powerful First Division club at the time and I remember watching players like Dougan, Bailey and Wagstaffe from that old wooden stand.” 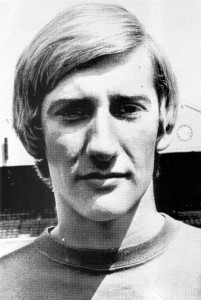 Wealands, who turns 60 next month, feels privileged to have had Dave MacLaren as one of his coaches at Molineux and himself did some goalkeeper coaching at Bury in his post-playing years.

Too late, he learned that Leeds and the mid-1970s Manchester United were after him in his peak years but this is by no means just a case of what might have been.

There were also loan moves to Northampton (where he was in digs with Liverpool legend Phil Neal), Oldham and Preston, interwoven with well over 600 appearances in the League or at Conference level, so this is also a long tale of what actually was.