Get The Questions Rolling In 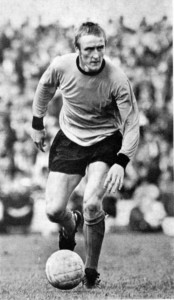 Derek Parkin - next on the spot!

John Richards is turning to another of his long-time Molineux team-mates as the next interviewee in his highly popular Player Q & A series.

Wolves’ second highest goalscorer of all time will be sitting down soon on behalf of this website to chat with the highest appearance-maker in the club’s history, Derek Parkin.

Talking points should come easily to JR – they did, after all, play several hundred games together.

But we are looking instead for questions from our readers, so please get thinking about what you would like to know from the full-back who went by the nickname Squeak.

“The record books show just what a brilliant career Derek had at Molineux,” Richards said today.

“To have played that many games – nearly all of them in the top division – underlines what an excellent performer he was season after season.

“He would have made even more appearances as well had he not had that heart condition that kept him out for well over half of 1972-73.

“That long absence and the scare that came with it makes it even more remarkable that he has played more games for Wolves than anyone else in history.”

Parkin’s total of League and cup games for the club stands at 609, almost three dozen ahead of his closest challenger, Kenny Hibbitt. 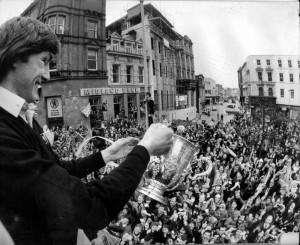 What is sometimes forgotten is that he previously played more than 60 League games for Huddersfield before Wolves made him Britain’s costliest full-back at £80,000 – and played over 40 times for Stoke at the end of his career.

If you have any questions to put to Derek, please do so by a week on Wednesday, July 20, at the latest.

The usual lines of communication are open – the email addresses JR@wolvesheroes.com and info@wolvesheroes.com to reach John Richards directly or through our friends at Molineux Mix (www.molineuxmix.co.uk).