All Stars Date On Familiar Turf 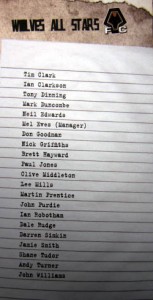 Some of Wolves yesteryear favourites are to make another popular appearance this month at their former training ground.

Castlecroft Stadium – workplace to countless players from the 1950s to the late 1980s – is to host a match between Wolves All Stars and an Old Wulfrunians Veterans’ XI on July 31.

The game is in aid of Cancer Research and The Teenage Cancer Trust, having been proposed by Ron Picken of the Wolves academy.

It kicks off at 2.30pm a week on Sunday, when organisers also hope for an appearance by some non-playing Molineux stars.

The game follows the successful fixture between the All Stars and AFC Wulfrunians last September when a host of one-time Wanderers players were present to celebrate the facility’s return to football usage after more than two decades as a rugby union venue.

The All Stars are continuing to play matches despite the standing-down of Mel Eves at the end of last season as manager.

* And a reminder…..that another match for a highly worthy cause takes place at Tipton Town this Saturday afternoon (July 23).

The game (2pm)  is in aid of RAF serviceman Steve Green, a Molineux season ticket holder who was left with a fractured spine and sternum and crushed chest following a motor cycle crash in May. 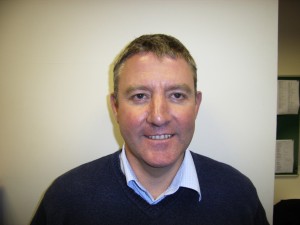 All funds generated from the day will go to Steve and his family, as well as their designated charity, the Great Western Air Ambulance Service, who rushed to his aid.

Please see our June 16 item or http://stevegreenfundraisers.co.uk for more information.