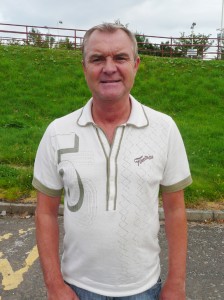 Danny Crainie is hoping to make a nostalgic walk down Memory Lane next week by being present at Wolves’ most glamorous friendly date for many years.

The 49-year-old Scot, who is now employed with youngsters facing social and background problems, is aiming to make the short journey for their Wednesday night visit to Celtic.

But work rotas are placing a question mark over his appearance in the crowd.

“I’m due to be on duty that day but hope I can get a couple of tickets so I can take some youngsters along to the game,” he said today. “It’s too good an opportunity to miss.

“Celtic are the club I grew up supporting right back to the Lisbon Lions time. My Dad went to that final in 1967 and he took me to the final against Feyenoord in the San Siro Stadium five years later.

“I was lucky enough to serve them as a player and much later as a youth coach, although I think I took it a wee bit for granted when I was a youngster. When I walked back through the door as a coach, I think I embraced it more.

“South of the border, Wolves are the club I follow much closer than any other because of my time there in the 1980s. I was certainly shouting them on during the last game of the season but I always thought they would stay up.

“It’s a long, long time since they played Celtic and it’s probably 25 years since I saw them play in the flesh. I was on my way back from Australia in January of 1987 or 1988 and stopped by to watch a Fourth Division match at Molineux.

“It was freezing cold sat in that big stand and I left before the end to get back to the warm.”

News that Mick McCarthy was heading north and pitching a side for the first time against the club with whom he spent two years in the late 1980s is also good news elsewhere in Glasgow. 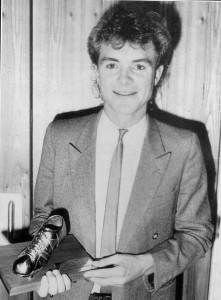 Danny in the wake of his heroics at The Hawthorns 28 years ago.

Shropshire-born Wolves fanatic Gwilym Machin lives in the city and has recently found Danny out to chat over old Molineux times, in particular the forward’s memorable brace in a certain Black Country derby in 1983.

We are indebted to him to taking the picture above and to keeping us abreast of the continuing managerial success of Paul Cook, whom he met at a recent Sligo Rovers victory in Ireland.

Wolves’ only previous visit to the ground historically known as Parkhead was when they won 2-0 there in the game to mark the opening of Celtic’s floodlights in October, 1959.