Evan Above, What A Night! 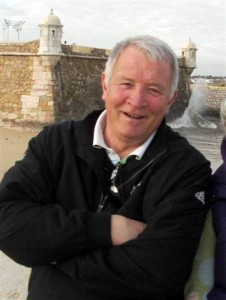 Evan Williams is counting off the hours to Wolves’ midweek clash at Celtic – after recalling a painful end to his trip to the same fixture more than 50 years ago.

The 68-year-old former keeper, who played 15 games while at Molineux before going on to appear in more than 100 for the Glaswegian giants, will be at the Wednesday night clash of the two clubs.

And he has used the build-up to the game to recall how he slipped off unauthorised to watch Wolves’ win at Celtic Park in October, 1959.

“My dad was a Wolves fan from Shrewsbury but married during the war and was living up here when I was born in 1943,” Williams said.

“He was a regular soldier and suffered a bullet wound in the war that led to him passing away when I was nine or ten.

“I grew up a fanatical Celtic fan but the ground was 26 miles away from where we lived and I got a kick up the backside from my mother after I had gone to that Wolves match without her knowing.

“It was the fixture staged to mark the official opening of the Celtic floodlights but Wolves didn’t give them a kick. They were English champions and were miles better.”

Williams is being featured in the programme for Wednesday’s game, at which he will be on corporate duty.

He has recently been engaged in meeting and greeting visitors to the club’s training ground and has also been on trips to Las Vegas and Dubai with Celtic fans.

Before appearing for Third Lanark and then Wolves, he played for the same non-League club as Malcolm Finlayson, Vale of Leven, who he later managed as well.

Two trips to Celtic, 52 years apart, don’t quite tell the full story of Williams’ presence at Wolves games north of the border. He was at Hearts for the first leg of the 1970-71 Texaco Cup final as well.

“I have a friend called Ian Sneddon, who lives in Dumbarton, quite near me, and goes to the same golf club,” he added. 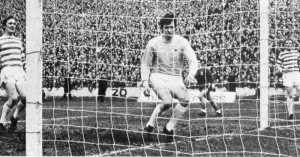 Williams in action for Celtic around 40 years ago.

“He was one of Hearts’ full-backs at that time and hadn’t heard of Dave Wagstaffe when we spoke before that game. But Waggy ran amok to such an extent that, at one point, a fan ran on and kicked him.

“The fan was arrested but pointed to Ian before he was led away by the police and said: ‘That’s what YOU should have done at the start.’

“Ian certainly knew all about Waggy by then. When we met afterwards, he said: ‘What a player that guy is!'”