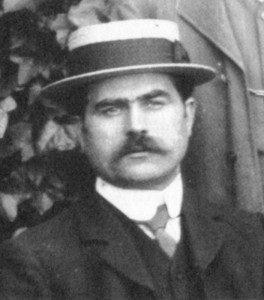 So who is the longest-serving Wolves manager of all time? The serial winner Stan Cullis? Or Major Frank Buckley, the man who brilliantly built the club on youth before the war? Neither. Try Wolverhampton-born Jack Addenbrooke.

Nothing could be more fitting by way of introducing our forthcoming new Managers area than to profile one of the club’s true stalwarts.

Excited talk of men giving their lives to a cause can be glib. In Addenbrooke’s case, though, any less a tribute would be inadequate.

Three months and a day after overseeing the last of his 859 League  and FA Cup games at the Wolverhampton Wanderers helm, he died in his sleep.

Taken ill in June, 1922, and given six months’ leave, Addenbrooke failed to recover and passed away in the early weeks of George Jobey’s reign as his successor. He had been the club’s manager for 37 of his 57 years.

It isn’t necessarily the number of matches he took charge of that is most eye-catching, although the figure is best put into context by outlining that Mick McCarthy – already Wolves’ sixth longest-surviving ‘gaffer’ – is barely a quarter of the way to overtaking him. More significant still is the number of games Addenbrooke’s service might conceivably have stretched to.

For a start, five years of his career were lost to the First World War. At the rate even of 40 games a season (only 38 League fixtures were played by the club in 1914-15 and for the nine seasons prior to that), those lost campaigns would have put another 200 or so games on to his tally and seen to it that he oversaw team matters on well over 1,050 match-days.

And that’s just League and FA Cup commitments. Throw in the plethora of secondary competitions like the Birmingham Senior Cup, the Lord Mayor Birmingham Charity Cup and Staffordshire Senior Cup (all of which Wolves won under his leadership) and the total, even with the 1915-19 virtual shutdown, leaps to around 1,500.

There was certainly substance to his reign, too, well beyond the staggering statistics and the gathering of a few yesteryear trophies. 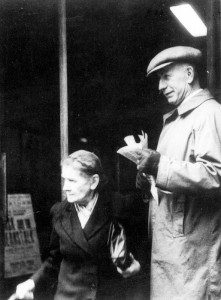 Major Frank Buckley and his wife.

As Wolves’ first paid secretary-manager, he twice inspired them to lift the FA Cup – in 1893 when he was referred to only as secretary, and 1908.

Alas, the baffling difficulties several pre-McCarthy managers had in digging Wolves out of the second grade of English football are dwarfed by the problems Addenbrooke ultimately encountered in escaping the same level.

He oversaw 12 successive seasons of Second Division combat and bowed out on a low note, the club having finished 17th in the table in what proved his last season.

An acute goal shortage was the root of the malaise, Wolves failing to score in eight of his final 12 games – and in six of Jobey’s first eight in charge.

But Addenbrooke’s was still a stunning reign. In all, he is said to have presided over 1,124 games and was presented with a Football League long-service award when he still had the small matter of 13 years ahead of him in the job.

It is a record that will surely never be broken – unless, of course, McCarthy intends to ‘do a Sir Alex Ferguson’ and carry on until he’s about 70.