Teeing Off In Numbers For Barry

Old Mates Rally To The Cause 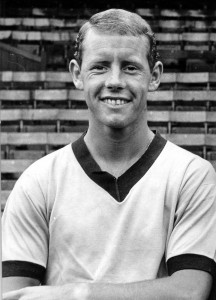 Half a dozen former Wolves players have come forward as part of a bumper turn-out on the fairways next week in support of the club’s FA Cup-winning inside-forward Barry Stobart.

Willie Carr, Steve Daley, Mel Eves, Geoff Palmer, Phil Parkes and Dave Wagstaffe are due to be playing in a competition at The Wergs, near Tettenhall, on Thursday (September 8).

The day, including a breakfast, dinner, evening entertainment and prize presentation, has been organised by Barry’s long-time pal Graham Newton, whose target of attracting 20 teams has already been comfortably surpassed.

“We look like having at least 25 teams, with four players in each,” he said.

“There’s always a chance one or two might go by the wayside at the last minute but we’ve had almost 30 teams come forward showing interest, so we should have a great day.

“The response from the ex-Wolves players I’ve asked has been terrific, although one or two have had to say no, mainly for work reasons.

“And the lads at Willenhall Town that Barry and me knew there 30-odd years ago have been very generous with their support.”

Newton was a junior at Molineux in the late 1950s and early 1960s but was released by Stan Cullis after Stobart had emerged as the shock inclusion in Wolves’ side in the 1960 FA Cup final against Blackburn.

The two were later next-door neighbours in Lanesfield, Wolverhampton, following Newton’s return in the mid-1970s from a successful playing stint in the USA.

The Stobart family home is now in Sedgley but Yorkshire-born Barry, a former Wath Wanderer, is seriously ill with Alzheimer’s Disease at the age of 73.

The old boys’ network is strong enough for many of Willenhall’s FA Vase final team from Wembley in 1980 to have stepped forward in support, among them prolific striker Gary Matthews, who had trials with Wolves. 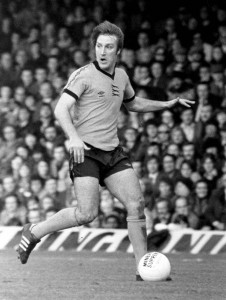 Steve Daley....teeing off as well as regaling guests after dinner with his hilarious stories.

Wolves director John Gough is also hoping to play in the event, which tees off from 12 noon.

Newton is an ex-captain at Patshull Park Golf Club and lives nearby at Pattingham. He is to be found every Friday and Saturday on a florist’s stall in the centre of Perton.

Anyone keen to support Barry next Thursday – either by playing or through donating prizes – is invited to contact Wolves Heroes or ring Graham Newton on 01902-700533. The cost is £200 per team.