Dave Back To His Roots 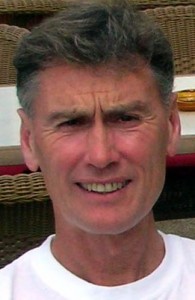 Dave Thomas as he now looks.

Dave Thomas has fulfilled a promise to himself by returning to his north-east roots.

It took well over 40 years but, after more than 500 games in first-team professional football and a long career in teaching, he has made it.

“There was always an attraction for us to come back up here,” he said.

“My wife Brenda is from Sunderland and we were married and had our girls Christened about two miles from where we now are near Barnard Castle, County Durham.

“Sunderland is about an hour away and Middlesbrough is 40 minutes east. I also have two parents up here in their 90s, so it’s convenient all round.

“I always said we would come back when I’d finished my career but there was secondary education to think about and we loved the 28 years we had in Chichester, West Sussex.

“Now, everything happened quickly and we’re back. We sold our house in four days and moved in five weeks.”

The 60-year-old was actually born in Nottinghamshire as that’s where his mother is from but he grew up from a few months old in the north-east.

His 16-game spell at Wolves was one of the least successful phases of a long career that improved after a dire start.  It had to get better – Thomas’s debut was an 8-1 defeat with Burnley at Albion in November, 1967.

He played around 200 games for the Clarets, who recruited heavily from the north-east at that time, then more still for QPR, his transfer between the two in 1972 for £165,000 amounting to a record outlay then for a Second Division club.

He almost became a League Championship winner in 1975-76 but Dave Sexton’s Rangers were pipped to the title by a point by Liverpool, who recorded the crucial last-night victory that also relegated Wolves.

“We were out in Israel at the time on an end-of-season trip,” he said in an interview on QPR’s official website. “We stuck a load of messages in the wailing wall to see if they would bring us any luck but they didn’t.”

The winger had been one of the few players to represent his country right through from schoolboy level to the eight senior caps he won but his spell at Molineux from 1979 to 1981 signalled the start of his club-hopping years.

He was in the Wolves side who overcame Rangers over two games in the triumphant 1979-80 League Cup run, having been signed a few weeks after that journey started with a two-leg success over his first club Burnley.

“I don’t do anything work-wise now,” Thomas added. “I was teaching PE in Chichester for nearly 20 years but it’s nice to have time to enjoy hobbies these days. 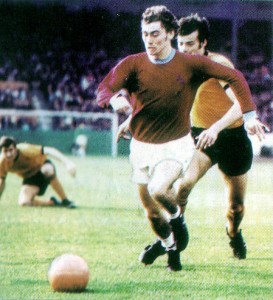 Thomas leaves John McAlle and Frank Munro in his wake in an early-1970s Wolves game at Burnley.

“We’re in a house that we said we would go for if ever it came on the market, so we’re very happy.

“I’m pretty good friends with Harry Redknapp from having covered Portsmouth games for local radio down there and I saw a couple of Spurs games in the north-east last season after he sorted me out with tickets.

“I spoke to him on Monday but I won’t be at Wolves on Saturday. I watch much more on TV now, so I’ll be looking out for the result that way.”