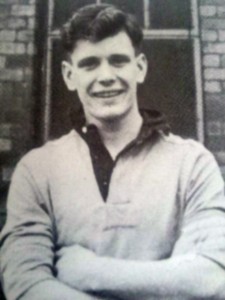 Things have tended to happen in Wolverhampton Wanderers’ world on September 26.

Whether we’re looking in fairly modern times or way back, this has been a highly significant date for welcomes, farewells and celebrations.

It was on this day in 1942 that Cameron Buchanan achieved a slice of club history which has survived for 69 years when he made his Wolves debut at the age of 14 years, 57 days.

No-one will be surprised to hear that that leaves him as Wolves’ youngest-ever first-teamer – a claim to fame that is likely to stand for a long, long time to come.

Buchanan, a winger or inside-forward from Airdrie, first lined up for a 2-0 Wartime League home victory over Albion and made another 17 appearances for the club without playing a senior game for them in peacetime.

By contrast, Steve Bull was in his injury-troubled twilight on September 26, 1998, when he netted the last of his fabulous Wolves-record haul of 306 goals.

That final entry on the score-sheet came with a diving header from Kevin Muscat’s centre that proved the winner in a First Division home game against Bury. The celebration has since been captured on canvas.

And, talking of goals, check this one out – Wolves 8 Chelsea 1 in the top flight of 58 years ago. 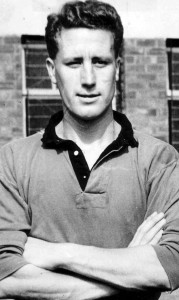 Roy Swinbourne - among the goals against Chelsea.

On September 26, 1953, Johnny Hancocks scored three times, Roy Swinbourne twice and Peter Broadbent, Dennis Wilshaw and Jimmy Mullen once each to annihilate the Londoners and give Stan Cullis’s side a seventh League win of the 11-game-old season.

With form like that, no wonder Wolves were destined to win the title. But Chelsea were no mugs. They won the crown in 1954-55, beating the defending champions into runners-up spot.