Masters’ Message From The North 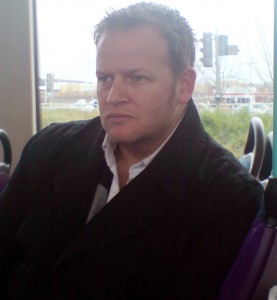 Neil Masters has used Facebook and Wolves Heroes to say hello to friends from his ill-fated mid-1990s stay at Molineux.

The Ulster-born full-back has been resident in Norway for the last nine years and is so smitten with the country that he has had the national flag added to his picture on the social network site.

But he admits to regret that his time in the West Midlands was so seriously blighted.

“I miss the club,” he says. “I just wish I had stayed fit, showed the real me and been part of Wolves going up. Maybe, one day, I could work for them again.

“There were so many great people involved there. From the first person I met, Billy Wright, to playing with the legend Steve Bull….a great club. It’s brilliant to see them in the Premier League.”

Masters was signed by Graham Turner from Bournemouth just before Christmas, 1993, and made a promising debut in a draw at Tranmere.

Immediately, there was a sign of what was to come, though, when he wasn’t seen in the next ten games. He then played three more in a row as February turned into March – and that was it for the season.

As knee injuries took their toll, he made only three starts in 1994-95 and went on in two other matches from the bench, his long absences prompting Graham Taylor to joke at one point that fans would be wearing t-shirts bearing the message: ‘I saw Neil Masters play’.

His first-team contribution in 1995-96 amounted to no more than the first three matches and 1996-97 was a write-off as well before the club cut their losses with his deadline-day sale to Gillingham.

Masters’ stint in Kent was similarly cursed but we can happily report that he has forged a decent career in the game in Norway, initially from the early noughties as a player with Moss and then as coach of nearby fourth-grade club Rygge. He is now in the backroom at Moss, who play in the country’s third tier.

Now a family man, he lives an hour or so south of Oslo, thankfully out of harm’s way when Norway was hit by tragedy in the summer at the hands of a gunman.

“The whole country was in shock,” he added. “It was so sad. My son was thinking of going to that island as well. 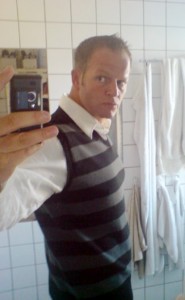 One camera or two?

“It’s also so sad what happened to two of my Wolves colleagues, Deano and Birchy…..fantastic people who will be sadly missed. I was gutted I couldn’t get to their funerals.”

Vince Bartram had departed Molineux well before Masters arrived but was a team-mate of his at Bournemouth and Gillingham, and proved this summer that the old banter is still alive.

He posted on his ex-colleague’s wall this summer: “Happy Birthday, you old git! Or Gratulerer med dagen, as you might say.”