London The Aim For Emblen 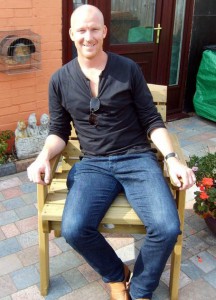 Relaxing before the big challenge.

Neil Emblen has his sights on a return to England – albeit only for part of next summer – after being put in charge of the New Zealand side aiming to make it to next year’s Olympics.

The former Wolves utility player, who already has experience as an assistant with the senior squad, will take the reins with the ‘Oly Whites’ for their qualifying games in Fiji in March.

His appointment runs to the end of the nine-team Oceania qualification tournament, from which only one country will go through to the 16-team finals in London.

But his task with what is an under-23 squad is likely be harder because he could be without many of New Zealand’s overseas-based rising stars. Clubs are not obliged to release players for the qualifiers.

“There will be different conditions as well in Fiji,” said Emblen, who celebrated his 40th birthday this summer. “I’ve been lucky enough to coach teams away in the Pacific and it’s tough.

“The elements and conditions are against you a little bit but I’m confident we can go over there and qualify for London.

“I want to make some of these players from the Olympic team into All Whites (senior internationals). As well as qualifying, it’s an important part of my job to help players break into the international scene and playing in the Olympic Games next year would be a great way to do that.”

Only once have New Zealand qualified for the Olympics football tournament and their chief executive Grant McKavanagh believes Emblen’s success in coaching could prove crucial. 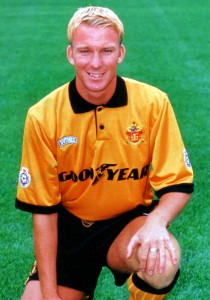 Emblen during his early Wolves days.

“Neil knows the domestic landscape well and has a track record with Waitakere United of getting the best out of young players,” he said. “We’ll need every ounce of that skill to get through a tough qualification group.”

With Kiwi eyes currently on the Rugby World Cup, Emblen has been an interested observer in his adopted country’s national sport and attended England’s tense victory over Scotland at Auckland’s Eden Park last weekend.

“It was an ugly game but a great last five minutes,” he added.