‘Mancini To Make City Champions In May’ 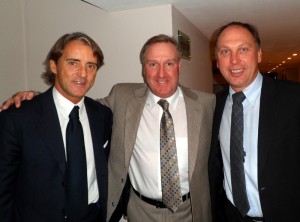 Steve Daley has followed up a recent meeting with Roberto Mancini and David Platt by predicting that their all-star Manchester City will win this season’s Premier League.

The former midfielder made history when moving from Wolves to Maine Road in 1979 and becoming Britain’s costliest footballer at £1,437,500.

The fee, eclipsed within days by Andy Gray’s move from Aston Villa to Molineux, is small change by City’s present standards but Daley literally dines out on talking about how he has been declared football’s biggest waste of money of all time.

Self-effacement forms a big part of his repertoire on a circuit that has seen him named three times as the game’s top after-dinner speaker.

“It was moving to see so many thousand cheering fans outside Maine Road – unfortunately, though, that was when I was leaving, not when I was arriving,” he tells audiences.

Another favourite line is: “So many City supporters were right behind me. But I managed to shake them off at Knutsford Services.”

Daley signed a ten-year contract with Malcolm Allison’s City and stayed only two. He is still a welcome visitor to the Etihad Stadium, though, and met the club’s management team, as well as Bryan Robson, Graeme Souness, Brian Horton and Phil Brown, when speaking recently at the Northern Football Writers’ annual dinner.

“They are all great football people,” he said. “I had some tough battles with Robbo and Souness in the past but we shook hands and made up long ago.

“I never played against Platty but I was working for Ansells at the time he opened his Amici Mai restaurant in Wolverhampton and played a part in getting that going.

“He and Roberto have assembled a magnificent squad, with such strength in depth. It wasn’t just the bigger names that impressed me in the two games against Wolves but the young lads they are bringing along as well. 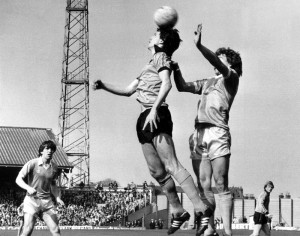 “I had an invitation from Gary Owen to go to the Wolves game at City on Saturday but I had a speaking engagement in Carlisle over the weekend and that made it too much of a rush.

“But I hope to go there soon. I think they will win the League this season.”

Daley appeared last week at a dinner at Oxley Park Golf Club at the request of his former Wolves team-mate Geoff Palmer and is speaking in Harrogate, Chester and Glasgow over the next few days.