Don Next To Step In For JR 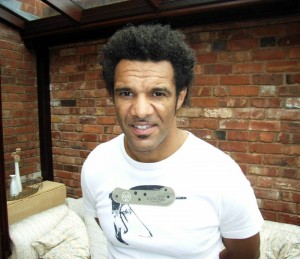 Don Goodman in his post-playing years.

The history books show that John Richards and Don Goodman were well over a decade apart as spearheads of Wolves’ attack.

What Molineux-based literature will not demonstrate so readily, though, is that they were club colleagues in the 1990s after Richards had graduated to Sir Jack Hayward’s board.

Now, the two are set for another reunion in the interests of the Q & A area of this website.

“If I remember right, Don was signed by Wolves in the month that I became a director,” Wolves Heroes’ co-owner said. “He came in from Sunderland in the same week as John de Wolf arrived, so it was an exciting time for me to become involved.

“Don has always been popular around Molineux. He was a real trier on the pitch and also very personable off it….nice and interesting to talk to.

“I suppose that’s why he has gone on to build another excellent career since hanging his boots up. He is well known to us all through his work with Sky Sports, particularly, and is still part of things round here through living locally.

“I know I have a few questions I’d like to put to him and I’m sure our readers and other Wolves supporters will have ones of their own.”

JR will be speaking to him later this month, so please fire away with your questions and send them to us no later by a week on Sunday (November 20). They should be emailed to jr@wolvesheroes.com or info@wolvesheroes.com – alternatively go through our friends at Molineux Mix (www.molineuxmix.co.uk). 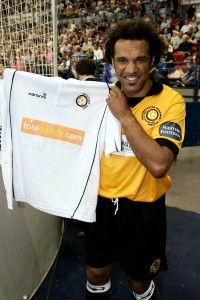 Goodman was on duty at Molineux as recently as Sunday when he co-commentated on Wolves’ precious victory over Wigan.

His excited tones were also heard by many Wolves fans – some through recordings set nervously before kick-off – at the Molineux clash with Blackburn on Survival Sunday six months ago.

The 45-year-old played 154 first-team games for the club before Mark McGhee allowed him to leave on a free transfer in the summer of 1998. He scored 39 goals while in the club’s colours.