Articles That Hit The Mark

Burke Goes ‘Live’ On Line, At Home And Away 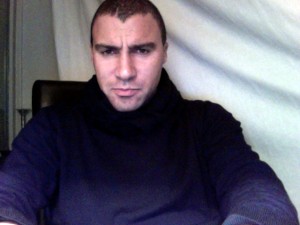 Mark Burke is spreading his wings further by expanding his interests into the world of football writing.

The former Wolves midfielder, who already divides his time between business interests in England and family in Holland, is now reaching as far as Asia with his thoughts on the game.

Burke played from 1999 to 2001 for Tokyo-based J2 League club Omiya Ardija and the fans who watched him in action are now discovering that he talks a good game as well.

“I used to write a lot when I was over there and I’ve now picked up a bit of paid work contributing to a website in Japan,” he said.

“I also write for one over here and did some articles in the past for a Middlesbrough fans’ website, so I have a bit of experience. It’s something I enjoy.

“I compile them on my mobile and then email them – I don’t spend too much time at the computer screen. And I think I offer something different to a lot of writers because I’m not trained in the field. I just tell it like I see it.”

The Solihull-born 42-year-old is not a fluent Japanese speaker despite his time there and has his work for the Far Eastern market translated into the local language.

He does speak French, Italian and Dutch, though, and his published pieces reflect a well-rounded individual who is not bogged down with stereotypes.

The article http://www.sabotagetimes.com/football-sport/manchester-citys-carlos-tevez-is-a-child-just-like-all-footballers-says-ex-pro/ perhaps underlines this point and, in a separate as-yet unpublished one entitled Sniffing And Prowling, he writes with great insight about the under-pressure manager, referring to the ‘mad scream for someone’s head’ and stressing that he would have expected Mick McCarthy and Wolves to be a perfect fit. 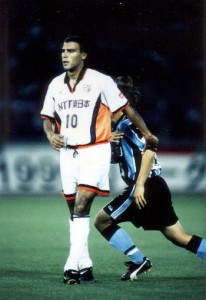 Big in Japan a decade or so ago.

Burke, who has also completed a coaching book for youngsters that he hopes will one day go into print, has a more traditional foothold back in the game as well.

Still nursing hopes of coaching in the future, he has started scouting in the last few weeks for Middlesbrough manager Tony Mowbray and has recently crossed paths with his former Wolves manager Graham Turner with a visit to the Shrewsbury v Morecambe match.

“I played with Tony at Boro and with his assistant Mark Venus at Wolves,” he added. “I think I know what they look for in a player and spend some time looking in Holland as well.”