Make Backpass Your Goal For 2012

A Magazine That’s Not To Be Missed 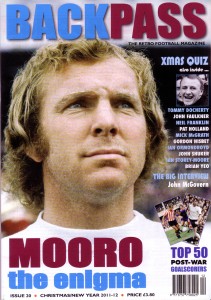 Still on the shelves.

If you’re mulling over New Year resolutions, may we suggest that you consider becoming a regular Backpass reader as a worthwhile one to make.

Nostalgia pours from every one of the 64 pages in this outstanding retro publication, which is now some four and a half years old and set to expand even further in 2012.

What’s more, our role as part of the team of nationwide contributors helps ensure that rarely an issue goes by without some strong Wolves content.

The Christmas/New Year issue is still on the shelves, bears a close-up of Bobby Moore on the front cover and, as usual, has some handy insights for those of a gold and black persuasion.

We have already referred to mention of a dust-up involving Dave Wagstaffe and England’s World Cup winning captain while a brilliantly researched article on the top 50 post-war Football League marksmen is well worth a look.

Not only does it place Steve Bull’s 252 League goals (exactly 250 for for Wolves) into context against the achievements of scoring sensations elsewhere, it highlights the heroics of two or three others who had happy times at Molineux.

The list underlines how Ray Crawford had the second most prolific time of his career while at Wolves and how Derek Dougan stands one goal behind Black Country boy Allan Clarke. It reminds us as well of the heights Ronnie Allen reached as a player before switching, at Molineux, to coaching and then management.

Elsewhere, the magazine, which is still on the shelves, carries a three-page piece on Tommy Docherty, concentrating mainly on his time as manager at Chelsea, and some memories from Blackburn’s Mick McGrath about the 1960 FA Cup defeat against Wolves. 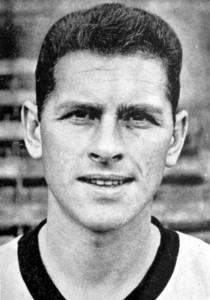 Issue 21, which will be out in the coming weeks, is due to carry more of The Doc and also an extended look at Molineux’s changing face – not only under the Steve Morgan master-plan but also from when Sir Jack Hayward ordered the bulldozers in two decades ago.

As an alternative to buying Backpass from WH Smith, Martin’s/McColl’s or other outlets such as Sainsbury’s, you can guarantee your copy drops on your door mat by becoming a subscriber.

To learn more, please click on the magazine’s icon in the ads area of this website down the right-hand side of this page.