How McCarthy Was Thrilled By Former Wath Wanderer 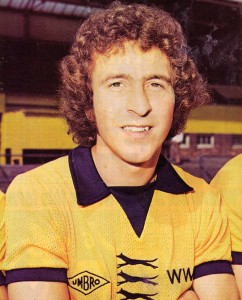 Mick McCarthy has preceded Wolves’ lunchtime FA Cup clash at Birmingham by pinpointing Alan Sunderland’s 1979 winner against Manchester United as the highlight of his numerous visits to Wembley.

The Wolves boss and the 1970s Molineux utility man were born only a few miles apart in Barnsley and Mexborough respectively, although the age difference means their football paths have barely crossed.

But McCarthy has used third-round weekend to refer to his fellow South Yorkshireman’s impact in a dramatic 3-2 Arsenal victory while reflecting on his habit of going out of his way to attend football’s showpiece occasions as far back as the early 1970s.

As a youngster, he developed a love of Leeds as well as his home-town club and was present for the shock defeat of Don Revie’s side in 1973 by Second Division Sunderland.

“I used to go and watch at Wembley whenever I could,” McCarthy said. “I have been to quite a few cup finals and went to the Liverpool v Bruges European Cup final as well.

“What happened in cup finals forged feelings for a lot of people towards the clubs they supported. A team who won at Wembley had a big influence on people.

“My most memorable game would be the Arsenal-Manchester United final. I went with two mates who were United fans and was always keen to get tickets for Wembley games if I could.”

Sunderland, who is 60 next year, had also scored against Wolves in the 1979 FA Cup semi-final at Villa Park, less than 18 months after moving from Molineux to Highbury for £240,000.

He was born a few miles south-east of McCarthy’s home town and was developed at the famous Wath Wanderers nursery club. He has lived for many years in Malta. 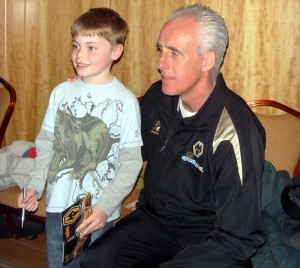 Mick McCarthy and a young admirer.

Wolves’ manager said his team selection today was designed so as not to further dilute the competition’s status but his days as a spectator stirred by the magic of Cup final day appear to be over.

His side were playing and winning in the Premier League at Sunderland last year on the day Manchester City were getting the better of Stoke at Wembley while other recent finals have found him in foreign parts.

“I have not been around for too many finals in recent years,” he added. “I have tended to be off soon after the end of the season and have watched the games on TV with a beer in my hand.”