Ouch, That Must Have Hurt!

Spectacular Goal Trails Might Well Have Been Blazed At Molineux 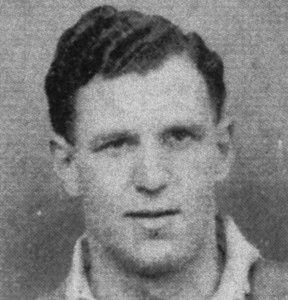 In relatively recent times, Wolves fans have found it painful that Jason Roberts went on to have a prolific, far-reaching career without kicking a ball in first-team football while at Molineux.

A decade or two earlier, Charlie Nicholas confessed to departing Wolverhampton in a hurry when he felt homesick during a trial here and this website has already recorded how Wolves missed out on recruiting Alex Ferguson as a manager and Alan Ball as a player despite having both at their fingertips.

But few oversights in the club’s history can measure up in magnitude to the one which allowed Jack Rowley to escape their clutches – and then carve out a magnificent career with Manchester United.

Rowley, whose Christian names were John Frederick, was born in Wolverhampton in October, 1920, and initially pottered around with the likes of Dudley Old Boys and Cradley Heath.

He was duly discovered by Major Frank Buckley but The Complete Encyclopedia Of Manchester United records: “Somehow he escaped from the Molineux net.”

The teenage left-winger joined Bournemouth early in 1937, only to quickly be snapped up for £3,000 by United and, in his second game for them, to become their youngester ever hat-trick hero.

By hitting four goals against Swansea at 17 years, 58 days, he presumably made the Major – a master spotter and developer of young talent, don’t forget – swallow a little harder. That, however, was just the start of it.

Rowley was subsequently converted to a centre-forward and scored no fewer than 211 goals for United in 424 matches, earning the nickname The Gunner.

He remains their third highest scorer of all time behind Bobby Charlton and Denis Law, including netting twice in the 1948 FA Cup final against Blackpool.

Astonishing individual feats are strewn across the span of his playing career. One of his six England caps brought him four goals in a 9-2 mauling of Northern Ireland in 1949 and he hit seven of Tottenham’s eight when guesting for them against Luton during the war.

He also showed Wolves, as if they didn’t know already, what they had missed out on when he scored all eight for them against Derby in the Football League North in 1942. 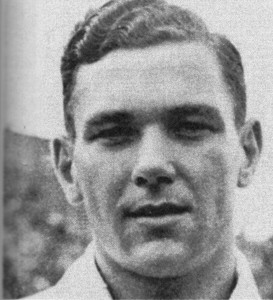 And brother Arthur, who was also once on the Molineux books.

The Rowley tale grew even more uncomfortable for those in power at Molineux because Jack’s younger brother and fellow Wulfrunian Arthur, having also been on the books as a junior and reserve, went on to big things with Albion, Fulham, Leicester and Shrewsbury.

He, in fact, proceded to score an all-time record 434 Football League goals, although most of those were outside the First Division and were not, as in Jack’s case, for one of Wolves’ rival superpowers at the time.

Nevertheless, October 22, 1955, must have been a sobering day for Wolves beyond the pain of their 3-1 defeat at Newcastle. It was the afternoon Jack scored his 200th career League goal – he was by now player-manager at Plymouth and facing Barnsley. Incredibly, though, he was beaten to the landmark by 12 minutes by sibling Arthur, who was appearing for Leicester at Fulham in another Second Division game.