Time for a monthly look behind the scenes at Wolves Heroes – and an outline of the other calls and meetings we’ve had over and beyond our pursuit of the stories that have actually made it on line.

Tues, Dec 20: Met up briefly over coffee in Trentham Gardens with Denis Smith, Harry Burrows, John Ruggiero and the wife of Terry Conroy.  It was Stoke City business obviously but I regretted not having chance to ask their memories of games against Wolves – or whether any of them had ever come close to moving to Molineux. I have to make a return visit, though, so maybe next time…..

Sat, Dec 24: Had a 35-minute Christmas Eve conversation by Skype with Les Wilson. Our 14-year-old nephew was excited to be introduced, albeit by computer, with a man who was not only a former Wolves player but who took Canada to the World Cup finals. We were hoping to see more than just Les and wife Lois on screen and were disappointed not to catch a glimpse of their adorable golden doodle Scholzey (named after a certain Manchester United player). Also had an unexpected Happy Christmas phone call today from Danny Hegan. 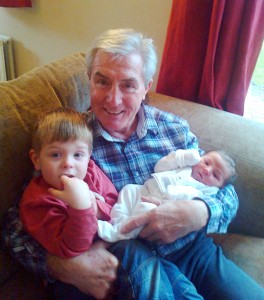 Thurs, Dec 29: Word reaches us that Peter Knowles – now 66 and scaling back at Marks and Spencer – has taken up playing golf again. And he’s doing so around Wolverhampton. His contemporaries say he was a natural on the fairways in his football-playing days, so perhaps we shouldn’t be surprised. Talking of which, how big were those lodgings Peter used to stay in? The number of ex-Wolves players who tell us they were in the same digs as him must be past 20 now!

Fri, Jan 6: Relief at last in the Richards household. John and Pam’s youngest daughter Abbie has given birth two weeks later than scheduled to Eli Joseph, who weighed in at 8lb 12oz and is a not-so-little brother for three-year-old Oscar. Wolves Heroes’ co-owner is currently home alone while Pam is staying in Yorkshire as an extra pair of hands.

Thurs, Jan 12: Put a real good shift in for Wolves today. No, honestly, I did. Holiday arrangements in their media department got me a day shift in there, so I covered the Steve Morgan press conference and then wrote up an interview on Karl Henry. The game at Tottenham on Saturday will be his 200th for the club in the League and I’m thrilled he’s won over some of those who were unkindly berating him early in the season. A Wolverhampton lad doing his absolute best for the club he supported as a boy – I thought we were meant to cherish players like this.

Fri, Jan 13: Fixed up Jim Heath, author of our recently-published Wolves In 20/20 Vision book, with an interview on talkSport. The station rang us this morning asking to be put in touch with a supporter they might chat on air to about the Molineux season. Jim was hesitant at first but was impressed that the Hawksbee and Jacobs team had done their homework and gave his publication a generous mention. 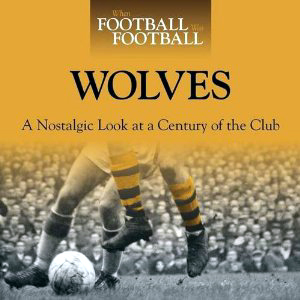 Mon, Jan 16: Our recent feature on Wolverhampton-born former Los Angeles Wolves goalkeeper Malcolm White has been better read than we thought. We have been contacted by a friend of Ray Veal, one of the team-mates Malcolm mentioned. But the request for a possible getting-in-touch came with the assurance: “Don’t worry, there’s no rush. We haven’t spoken for 50 years.” Talking of coincidences, we had an unscheduled reunion when we jumped into the back of a minibus for a day tour of St Lucia early in 2008 and found ourselves sitting opposite Malcolm and his Wulfrunian wife Val.

Wed, Jan 18: Signed off our book project with the Daily Mirror today – a 208-page hard-back Wolves project that looks stunning on screen. It’s out in March or April and, thanks to some hired expertise from Swindon, is the best-designed book on the club I’ve ever seen. The foreword is by JR – can’t wait to have it.