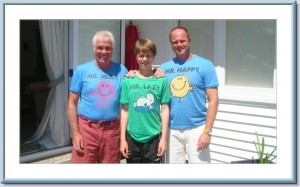 Three generations of Goulds, with Matthew in the middle, in a family photo from a couple of years ago.

Bobby Gould has used his latest trip Down Under to keep a fatherly eye on football developments in an environment well known to the present-day Wolves.

The former Molineux striker spent time late last month in both New Zealand and Australia, as well as squeezing in a stop-over in Singapore on the way home.

Participation in grandson Matthew’s 18th birthday celebrations was the cue for the Goulds’ long-haul trip but Bobby also dropped in on Western Australia to see how son Jonathan was faring as goalkeeper coach of Perth Glory.

The Glory’s NIB Ground – then known as the Members Equity Stadium – is where Wolves played and won two friendlies in preparation for their return to the top flight in the summer of 2009. And there were also happy memories recently for a man who still has a soft spot for the gold and black cause.

“I saw Perth beat Melbourne Victory 4-1 and did a double act with Jonathan on local radio from the ground,” he said. “I was amazed how many Brits there are out there.

“The crowd was around 12,000 and things are going pretty well on the pitch. I’m sure Jonathan is going to have a good career in coaching. I’d like to have said hello to Jim Magilton, the Melbourne coach who I know, but I decided to leave him with his thoughts as his side had been well beaten.”

Bobby and wife Marge also met up in nearby Fremantle with an old friend, Pat, a neighbour of theirs when they lived in Sutton Coldfield during his first stint at Wolves and the one that followed at Albion. They hadn’t seen her since the late 1970s.

Matthew, meanwhile, is a promising keeper who could just, if ever given a chance in the English game, help the family make some kind of history.

Jonathan, who works under former Rangers and Scotland midfielder Ian Ferguson, had a fine career in goal for the likes of Bradford City, Coventry and Scotland. But what is less well known is that Bobby also did time between the posts. 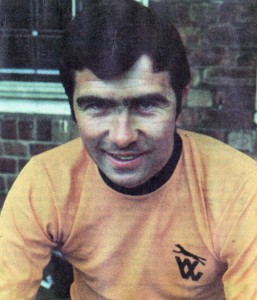 “My last competitive first-team game for Wolves ended with me taking Gary Pierce’s jersey when he was injured at Bolton on the last day of our 1976-77 Second Division title-winning season,” he added.

“I also kept goal once in place of Ray Cashley when I was with Bristol City. That was against Albion just after I left them in 1973.

“I’m not sure any family have had three successive generations who have played League football as goalkeepers, so it might be a nice bit of history.”

* Stand by for a Gouldy announcement later this week!