McGhee At Wolves: A New Twist 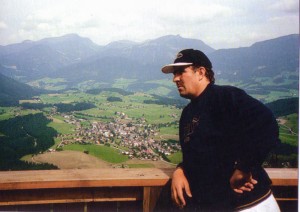 Mark McGhee in Austria as Wolves boss in 1996.

More than 16 years on from Sir Alex Ferguson’s supposed endorsement of Mark McGhee as the man for Molineux, the Old Trafford legend has intriguingly painted a somewhat different picture.

The perceived wisdom is that the British game’s most successful ever manager gave the mid-1990s Wolves, led by chairman Jonathan Hayward, a hefty nudge in the direction of the man who had so ably served him at Aberdeen more than a decade earlier.

Amid some bitterness with Leicester, McGhee was duly appointed as Graham Taylor’s successor in December, 2005, only to take his place in the queue of apparently competent managers who tried and failed to turn the Hayward millions into promotion.

Fergie himself, though, has this week revealed that he actually steered Wolves elsewhere and not necessarily in the direction of his fellow Glaswegian.

In an outstanding hour-long interview on 5Live with Spoony, broadcast on Monday, the Manchester United boss revealed: “Mr Hayward phoned me and said ‘we quite fancy Mark McGhee…….you know him well, blah, blah.’

“I said he had just joined Leicester and I was not sure that was the right road to go. I said: ‘What about Ray Wilkins at QPR? He is doing very well, has a good personality and is the right type. Have you asked him?'”

Ferguson, whose son Darren was then on Wolves’ playing staff, continued: “I said I’d ring him, so I asked him and said it (Wolves) was a great job, could be massive….the job’s yours. “He said he didn’t want it. He had promised his chairman three years – and got sacked about six months later!” 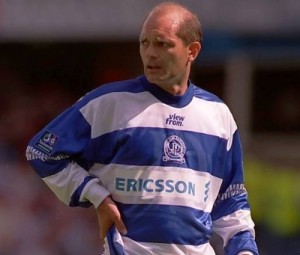 Ferguson had described the story as ‘a great example’ of what a dangerous game it is to choose a manager; in United’s case, to start contemplating his possible successor.

“At this moment, there are probably half a dozen managers doing very well,” he summed up. “All the rest are fighting for their lives and some are doing great jobs with the resources they have.”

All of which will hardly make Wolves’ current board feel too much happier. As if they weren’t finding it difficult enough finding the man to follow in the footsteps of Mick McCarthy…..