Half A Century And Counting For Coach Who Had To Play 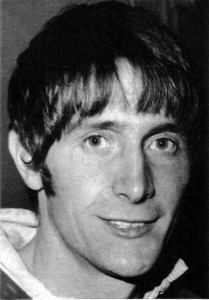 Brian Owen as Wolves fans would best remember him.

It was on the cards from the early 1960s that Brian Owen would one day link up again with Bill McGarry and Sammy Chung.

As a prominent member of their Watford side, he developed a good enough relationship with the duo to suggest their paths might cross once more.

So it proved. McGarry and Chung subsequently prospered together at Ipswich before the reunion came at Molineux eight years or so further on into Owen’s extraordinarily long career in the game.

And such was the Londoner’s on-going interest with matters off the pitch as well as on it that he was able to serve what was then an unusual dual purpose in the West Midlands.

“I suppose I’m one of the few people to be taken to Wolves as a coach and end up in the first team,” Owen recalled. “The story behind my rise to the First Division side is certainly rare.

“I’d never had much luck with injuries and managed to fracture my kneecap playing for Colchester against Cambridge at Layer Road in the early 1970s. The manager, Dick Graham, wanted me to pack in so they could have the insurance money and then give me a job on the staff.

“But Sammy Chung had seen me play in a reserve game at Brighton and asked me whether I fancied going up to Wolves. I had done my coaching badges and various bits and pieces in schools around the London area and moved to Molineux in January, 1972, as a player-coach.

“It was really a question of helping to develop the young players from both the pitch and the sidelines, which suited me fine. I played with the likes of Hugh Curran, Peter Eastoe and Barry Powell in the reserves under Norman Bodell. I remember a Central League game against Burnley, when Hughie was tackled from behind near the end and ran across the centre circle to lay out his marker with a left hook.

“It turned out Hughie had a broken ankle and the physio said: ‘I think we had better take him off.’ The ref replied: ‘Don’t bother – I’m sending him off.’

“I had started as a centre-forward at Watford, then gone on to play in every position except goalkeeper, mainly on the wing. But Bill McGarry wanted me at centre-half in Wolves’ reserves because he thought I could help the youngsters best from there.”

Owen had spent most of the 1960s as a player at Watford, amassing some 170 appearances, scoring 20 goals and being part of a title-winning Third Division side in 1968-69 after being signed and given his debut by Ronnie Burgess. He then had a season and a half at Colchester and, like Brian Garvey, another 1970s Molineux coach, can look back on two major giant-killings while in the lower divisions.

Both were in the Watford side who knocked Liverpool out of the FA Cup on the way to a 1969-70 FA Cup semi-final hammering by Chelsea and also in the Colchester team who beat Albion in the Watney Cup final in 1971. Alas, Owen, who scored one of the penalties in the shoot-out at The Hawthorns, was sidelined through injury when a Colchester team nicknamed Graham’s Grandads dumped Leeds out in the fifth round of the FA Cup in 1970-71.

“I made my debut for Watford a week before Pat Jennings did and we both played our first home games against Port Vale,” he added. “I stayed in the team for the rest of that season and recall one of the games being away to QPR at the White City.

“I also remember Sammy Chung’s first game as a Watford coach – away to Southampton in the reserves. At first-team level, we were challenging for promotion from the Third Division and played at Luton, our local rivals, in the last match.

“We were leading with 20 minutes to go until John O’Rourke handled as he equalised. Then he dived to win a penalty that saw them home 2-1. They stayed up and we stayed down. Their chairman sent some champagne into our dressing room afterwards and Bill told him where he could stick it. He wasn’t a great loser!

“At Colchester, I remember driving the boss, Dick Graham, to that famous Leeds match and getting to know Don Revie afterwards. That didn’t do me any harm later when I spent many years working for the FA as a physio and coach.”

In the meantime, there was the curious tale of how Owen – still only 27 but with his dodgy knee wired up – came to be a top-flight player for the first time. ‘Curious’ because he had spent the previous few months exploring the possibility of going to work as a physio in a Birmingham hospital and playing for Nuneaton Borough.

He stayed at Bill Shorthouse’s when he first arrived at Molineux – an arrangement that thrilled his mum. Mrs Owen, although a Londoner, was a Wolves fan.

Brian’s initial matches were in the A team in the West Midlands League, then he appeared for the reserves. He was due to be in the stand for Wolves’ early-season home game against West Ham in 1972-73 and had gone home for a hearty lunch after reserve-team training in the morning, only for McGarry to ring with the urgent message that he was playing that night.

Derek Parkin was ruled out with the start of his heart problems, so Owen was drafted in alongside acting captain Frank Munro at centre-half, with John McAlle switching to left-back. His debut meant he had played in all four divisions of the League and he would also go on to coach and serve as a physio at each of those levels, too.

“I think West Ham had Ade Coker and Clyde Best up front and we won 3-0,” he added. “A few weeks later, I marked Frank Worthington in a 1-1 draw at Leicester.

“I had never played at centre-half before Wolves but I was quite tough and adaptable. All six of my first-team games for the club were in that season – Albion away and Sheffield United at home were my others in the League and I was also chosen against Ipswich and Kilmarnock in the Texaco Cup. We conceded an average of a goal a match when I played, so that was okay.” 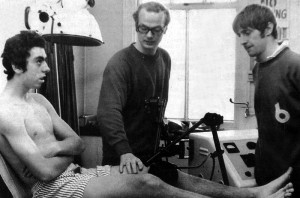 McGarry used the phrase ‘as honest as the day is long’ to describe his player-coach, who said after his debut: “I’m gradually moving back. I’ll be playing in goal next!

“I had given up all hope of playing League football again. Mr McGarry told me I could do a lot at Wolves with coaching youngsters and helping the physio Toby Andersen. Just as important was that he told me I could still play.”

The rest of Owen’s Molineux career wasn’t as dramatic as his call to arms but he holds only fond memories nonetheless from his time there. He coached the reserves from 1974 and was then promoted to work with the first team after their relegation in 1976 had cost McGarry his job.

“I worked a lot with Norman Bodell and then Brian Garvey, who I travelled to plenty of games with,” he added. “I suppose I was the influence behind getting Brian there.

“It was a well-run club with plenty of good youngsters. The run to the final of the FA Youth Cup in 1976 was another highlight and, soon after that, I remember begging Sammy Chung to go for someone I’d seen on one of my many trips around the world in the work I did at the same time with the England age-group sides. This lad had caught my eye and I knew he wasn’t happy at his club.

“It was Bryan Robson, a total winner. Johnny Giles wasn’t using him regularly at Albion but then Ron Atkinson went in soon after and the two of them got on famously, so that was that.

“The worst thing I did was leave in the late 1970s. John Barnwell and Richie Barker had come in and I was getting bored because Richie was doing all the coaching. I thought I was a good technical coach.

“I went and worked at Peterborough for three months and was at a soccer camp in America when Bobby Robson rang and asked if I wanted to do the youth job at Ipswich. I knew him from coaching courses and the England B tour to New Zealand and the Far East in 1978.

“Ipswich had not long won the FA Cup and won the UEFA Cup two or three years after. I did the scouting reports on Alkmaar, who we beat in the final thanks to a 3-0 win at our place in the first leg. Then I moved up to the reserves. There were also various duties with the first team and I was still working in a physio capacity as well.”

Having worked at international level with Dave Sexton, Terry Venables, Ron Greenwood and Don Howe, as well as Robson and Revie,  Owen has since had another quarter of a century to carry on racking up appointments.

In 1987, he left East Anglia to work as physio for Steve Coppell at Crystal Palace, then moved back to Colchester, over to the States, on for two years with David Pleat at Luton and linked up with Cambridge United in 1992-93 as assistant to Ian Atkins.

He was next re-appointed by Colchester, largely in a physio role, only to take on more coaching and scouting duties before and after being awarded a benefit match against Ipswich in August, 2005. Garvey, Kevin Beattie and Dick Graham were among those present to pay tribute. No wonder. Owen had by now been in professional football for over 40 years. 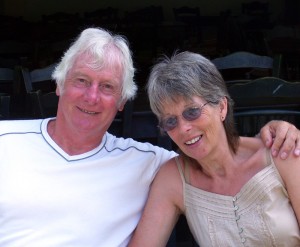 Domestically content at the age of 67 - but still working.

It was on his say-so that the Essex club raided Dulwich Hamlets for George Elokobi, whose attitude he describes as top-class, and he also helped develop another player who has had Premier League experience with Wolves, Greg Halford.

Owen left Colchester for the third and (possibly!) final time in 2008 but the story doesn’t quite end there. He has since used the good working friendship he formed there with Phil Parkinson to secure scouting posts with the manager, first at Charlton and now with Bradford City.

Now 67 and with over half a century in the game behind him, his club-hopping days may be behind him. But only may be. Watch this space.